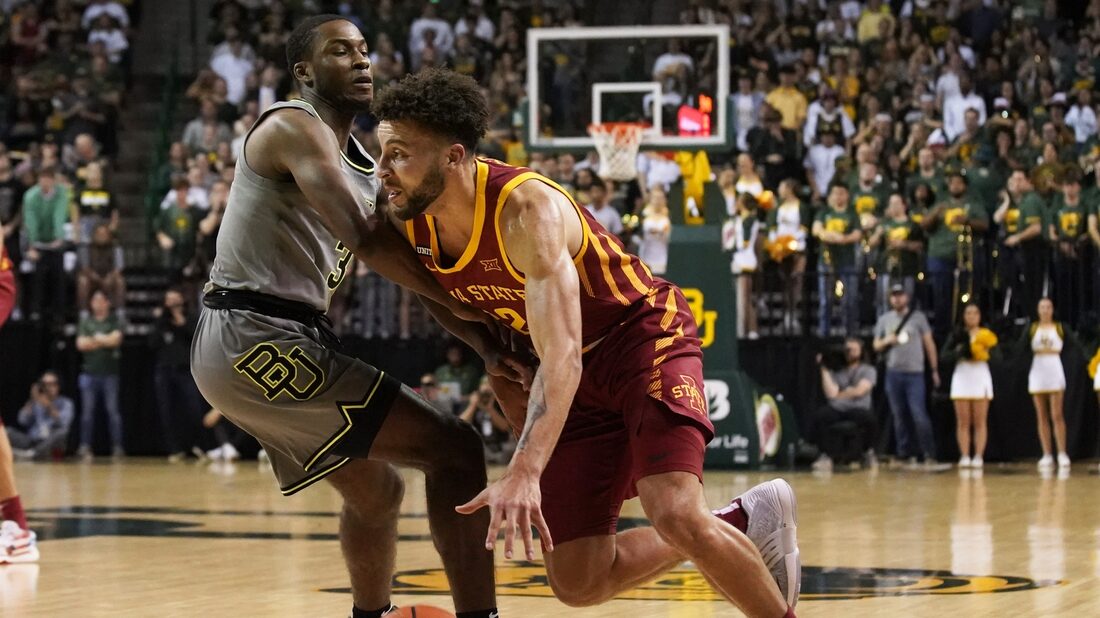 James Akinjo scored 20 points and had two critical baskets in the final four minutes as #3 Baylor survived a torrid Iowa State comeback to post a 75-68 home win on Saturday at Waco, Texas.

The victory assured the Bears (26-5, 14-4 Big 12) a share of the conference title with Kansas, which defeated Texas in overtime earlier Saturday. The Jayhawks garnered the top seed in the Big 12 Conference tournament since they split games against third-place finisher Texas Tech while Baylor lost twice to the Red Raiders.

The Bears led by as many as 25 points with just under eight minutes to play in the first half before Iowa State rallied to within 10 at halftime. The Cyclones continued to reel in Baylor and led twice deep into the second half, the latest at 64-62 with 3:52 to play.

That&rsquor;s when the Bears found their footing, with Akinjo hitting a 3-pointer and a second-chance layup and Kendall Brown canning a jumper from the elbow to put Baylor up by five points.

Brown added 16 points and 10 rebounds for the Bears, with Adam Flagler tallying 13 and Jeremy Sochan hitting for 12 points. Baylor will play seventh-seeded Oklahoma in the Big 12 quarterfinals on Thursday.

The Bears reeled off a 22-0 run, holding Iowa State scoreless for more than eight minutes while building a 29-4 lead. But the Cyclones rallied, fashioning a 12-1 run of their own over the final 3:13 of the half to pull within 39-29 at the break. Iowa State held the Bears without a field goal the last 3:38.

Brown led all scorers with 11 points in the half while Jones paced Iowa State with 10 points.

Kalscheur and Akinjo waged their own personal duel early in the second half, scoring their team&rsquor;s first nine and seven points, respectively, as Iowa State clawed back to within 46-38 with 16:25 to play.

The Cyclones eventually tied the game and took a 60-58 lead on a layup by Aljaz Kunc with 7:51 left to set the stage for the furious finish.