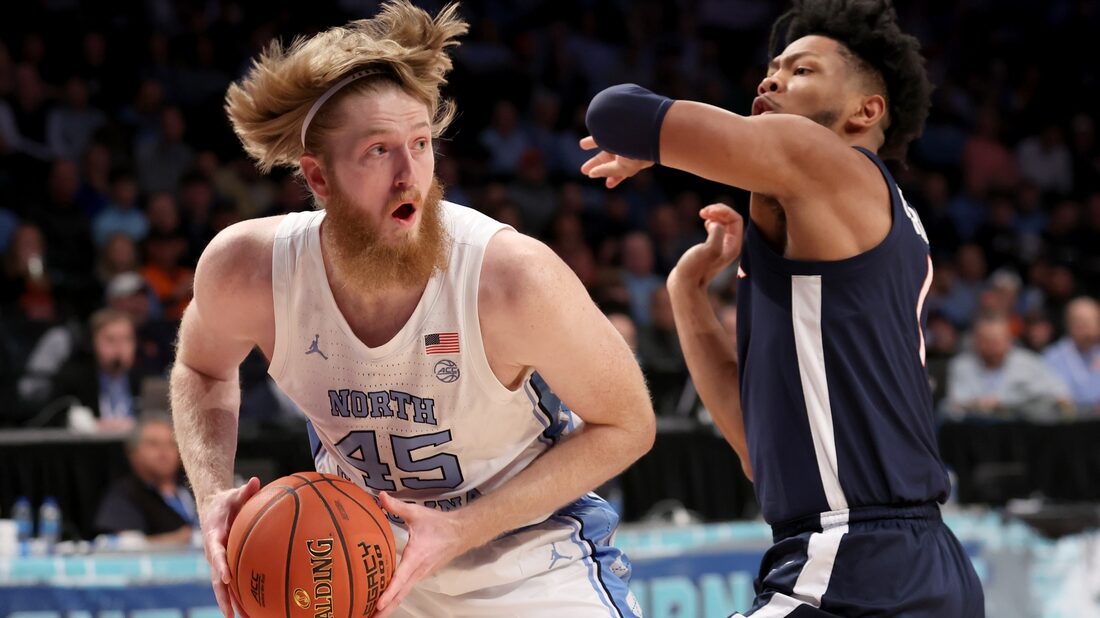 #25 North Carolina has made its share of appearances deep in the Atlantic Coast Conference tournament during the past decade.

Not so much for Virginia Tech.

The teams will meet in the tournament semifinals Friday night in New York.

Seventh-seeded Virginia Tech knocked off second-seeded Notre Dame 87-80 in the quarterfinals. That puts the Hokies in the tournament semifinals for the first time in 11 years.

“I wasn&rsquor;t aware of that. It&rsquor;s significant. We&rsquor;re proud,” Virginia Tech coach Mike Young said. “We still have work to do.”

North Carolina (24-8) advanced in Thursday night&rsquor;s nightcap, topping sixth-seeded Virginia 63-43. The Tar Heels are in the semifinals for the seventh time in the past eight seasons.

“We&rsquor;ll need to be as fresh as we can against a very good Virginia Tech team,” North Carolina coach Hubert Davis said after the late-night result in the quarterfinals gave his team a season-best six-game winning streak.

Among the most satisfying facets of the win for the Tar Heels was that they followed Saturday night&rsquor;s upset of Duke in the regular-season finale with a dominating performance. North Carolina will be seeking to increase its ACC record of 35 appearances in the tournament title game.

North Carolina defeated Virginia Tech in two regular-season meetings. The Hokies were on a roll heading into the most recent meeting on Feb. 19, but there was a big letdown with a 65-57 home loss.

“We stunk. We didn&rsquor;t play very well,” Young said. “Nobody&rsquor;s fault. (Our players) had the want to. North Carolina had something to do with that. They outplayed us.”

That marked the second-lowest point total for an ACC opponent against North Carolina this season until Thursday night. So keeping that defensive mindset would be ideal for the Tar Heels.

Davis said defense set the tone in the quarterfinal game and he&rsquor;d like to see that again.

Based on many projections, the Hokies might need at least another victory to secure an NCAA Tournament bid. Of course, two more would give them an automatic bid.

On Thursday night, North Carolina&rsquor;s Brady Manek scored 19 of his 21 points in the first half. That gave him more points than the entire Virginia team as North Carolina went into the locker room up 33-13.

“We were trying to get some rhythm at the offensive end and where we got that from was from Brady,” Davis said.

North Carolina committed just seven turnovers on the way to securing at least one victory in each of the past eight ACC tournaments.

North Carolina forward Armando Bacot set the school record with his 24th double-double of the season in the quarterfinal game, posting 10 points and 11 rebounds.

Top-seeded Duke and fourth-seeded Miami meet in the first semifinal on Friday.