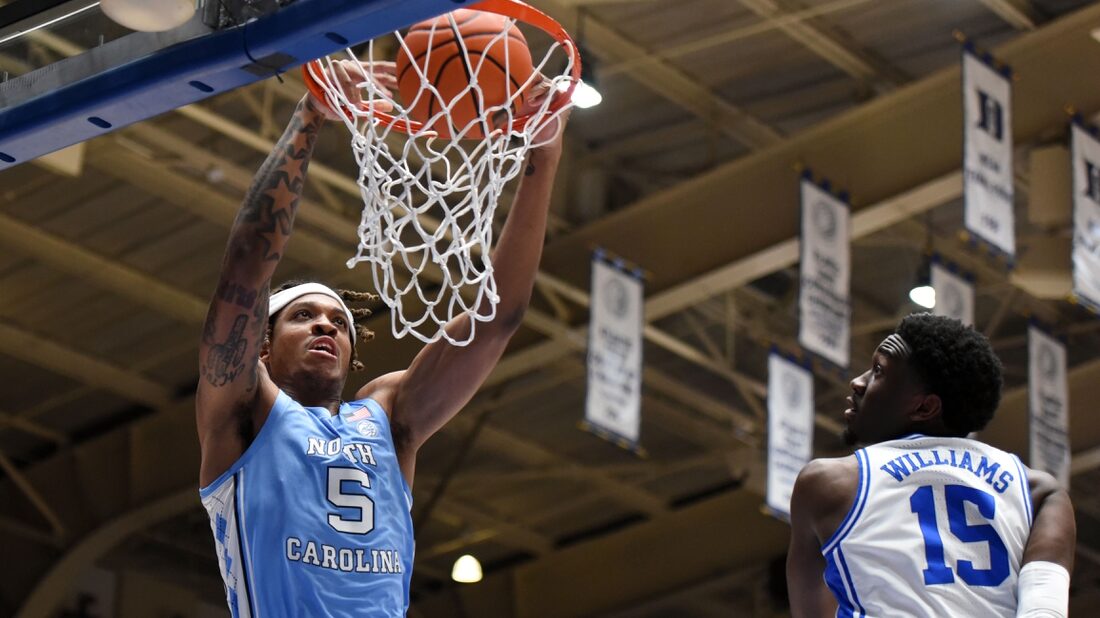 Momentum seems to be forming at the right time for 25th-ranked North Carolina.

The Tar Heels will aim to keep it going in the Atlantic Coast Conference tournament beginning with Thursday night’s quarterfinal matchup against Virginia in New York.

“I hope that we play well enough that they give us a chance to come back the next day and play again,” North Carolina coach Hubert Davis said. “The only guaranteed game we have is on Thursday.”

Third-seeded North Carolina (23-8) received a bye to this stage of the tournament, so there was time to soak in the impact of its improbable victory Saturday night at first-place Duke in the regular-season finale.

“We are very thankful that we played well enough to beat a great Duke team,” Davis said. “Our focus and our mind is on our preparation and our practice, and seeing how good we can be in the ACC tournament this week.”

Aside from the normal elation that comes from defeating rival Duke, North Carolina probably solidified a spot in the NCAA Tournament.

The Tar Heels returned to the Top 25 for the first time since November, stemming from Saturday’s upset of then-#4 Duke in coach Mike Krzyzewski’s home finale as he heads into retirement. That gave North Carolina a five-game winning streak for the second time this season.

Davis will direct a team in an ACC tournament game for the first time. He took over for another NCAA legend, Roy Williams, after the coach’s retirement last spring.

Sixth-seeded Virginia (19-12) edged Louisville 51-50 in Wednesday night’s second round. The Cavaliers won despite going 0-for-6 on 3-point shots, becoming the first team in ACC tournament history to win without hitting a 3-pointer since the 3-point shot was established.

“It’s beautiful when guys find a way to win, when a team guards hard,” Virginia coach Tony Bennett said. “I don’t apologize for how we play.”

The Cavaliers likely will need at least another victory to move into contention for an NCAA Tournament bid.

“I’d take that win over an 85-82 loss,” Bennett said after his team’s lowest point total in a victory this season.

North Carolina forward Armando Bacot, who averages 16.6 points and 12.5 rebounds per game, was an All-ACC first-team selection. Bacot had 29 points and 22 rebounds in a 74-58 victory over Virginia on Jan. 8.

While Virginia will be playing on back-to-back nights, North Carolina has played just once in a nine-day period. That might bode well for the Tar Heels, who have used a limited player rotation.

Against Duke, the Tar Heels had four players with 20 or more points in a game for the first time in program history. Bacot notched 23 points, Caleb Love 22, RJ Davis 21 and Brady Manek 20.