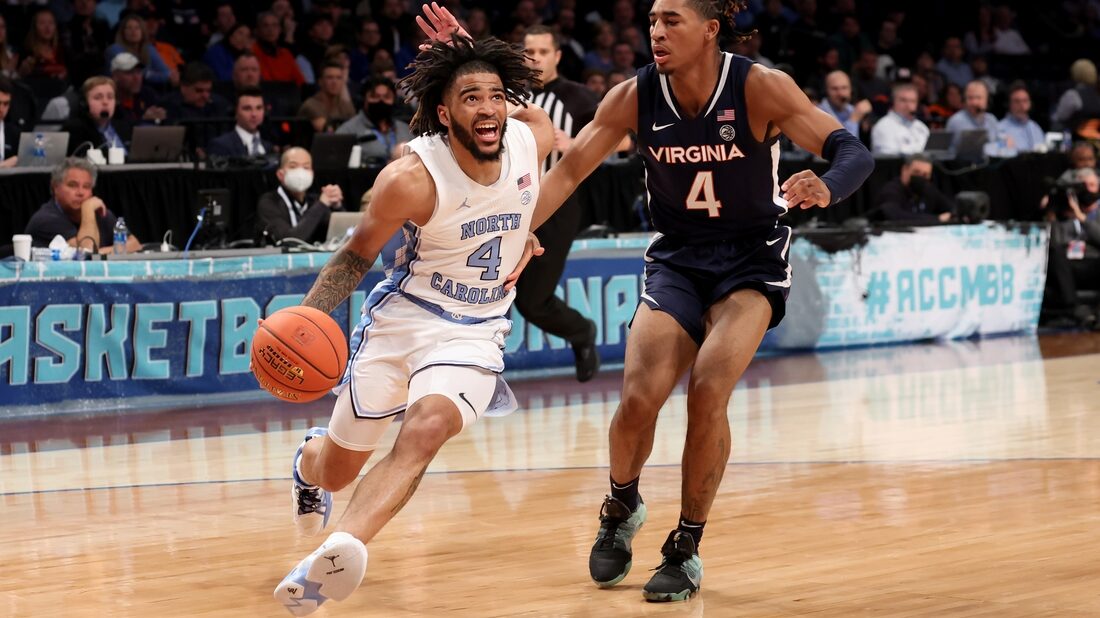 North Carolina’s Brady Manek outscored Virginia in the first half on the way to 21 points as the #25 Tar Heels rolled in a 63-43 victory in the Atlantic Coast Conference tournament quarterfinals Thursday night in New York.

After appearing in seven consecutive NCAA Tournaments and winning the 2019 edition, it’s likely Virginia will miss out on this year’s event.

The Cavaliers shot 34.6 percent, including 3-for-11 on 3-pointers. They committed 11 turnovers.

North Carolina led 33-13 at halftime, with Virginia going the last 6:12 without scoring. With 19 points, Manek had more points than the Cavaliers by halftime.

Virginia’s first-half points were the lowest total in a half for any team in the ACC tournament in the shot clock era.

That early run included a bucket from reserve Justin McKoy, a transfer from Virginia. He hadn’t scored since Jan. 24.

Reece Beekman made the only attempted 3-point shot for Virginia across the opening 16 minutes. That was notable because a night earlier the Cavaliers became the first team in history to win an ACC tournament game without connecting on a 3-pointer since the arc was established for the college game.

Entering the season, North Carolina had lost seven straight meetings with Virginia. Coupled with a home win in January, the Tar Heels have won both matchups this season.