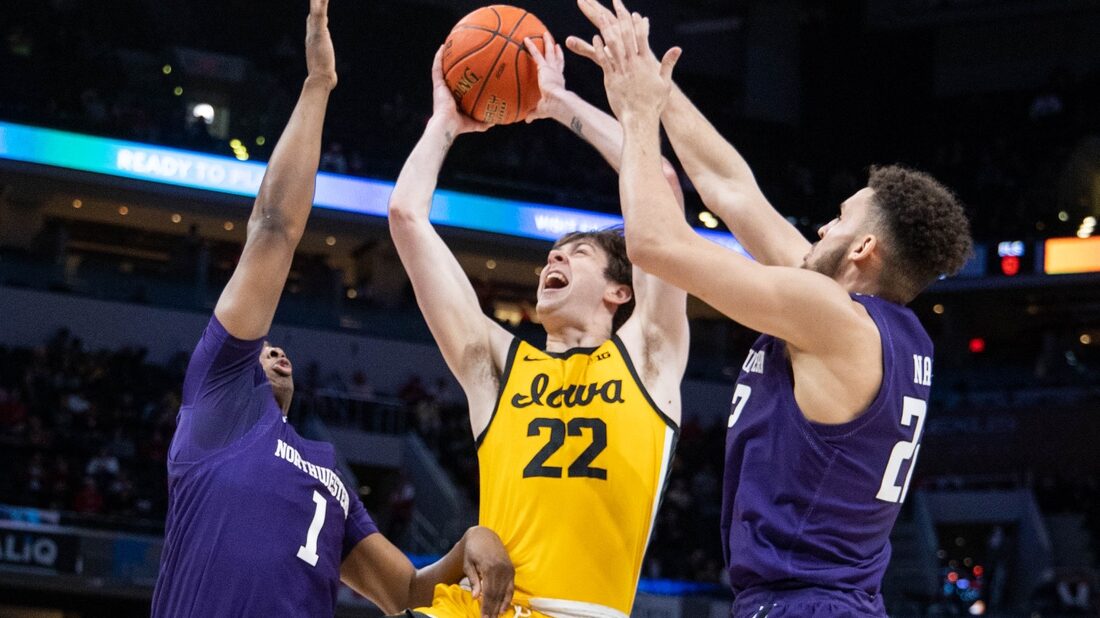 The result sends the fifth-seeded Hawkeyes (23-9) into Friday’s quarterfinals against fourth-seeded Rutgers. The Wildcats finished their season at 15-16 after being blitzed by a team that’s won nine of their last 11 games.

The Hawkeyes became the first team to break 100 points in a Big Ten tourney game. They also set a single-game record of 19 3-pointers and made a single-game best 43 field goals. They shot 61.4 percent for the game, collecting 25 assists, and put all 14 players into the scoring column.

Ryan Young scored 14 points to pace four double-digit scorers for Northwestern. Boo Buie added 12, Pete Nance tallied 11 and Robbie Beran scored 10 points. The Wildcats canned a respectable 45.6 percent from the field and were 9 of 21 from 3-point range, but it wasn’t close to being enough.

Iowa wasted no time putting its stamp on the game. It established leads of 15-4 and 28-14 at the first two TV timeouts, Murray scoring a quick 10 points. Sandfort canned a 3-pointer at the 3:52 mark of the half to get it to 50 points.

There was no letup against an opponent playing 18 hours after it rallied for a 71-69 win over Nebraska on Wednesday night. Bohannon closed the half with a driving layup four seconds before the break, upping the Hawkeyes’ margin to an unbelievable 64-31.

The only suspense after that was when Iowa would reach the 100-point mark. It got there with four minutes remaining when Austin Ash canned a pair of free throws.