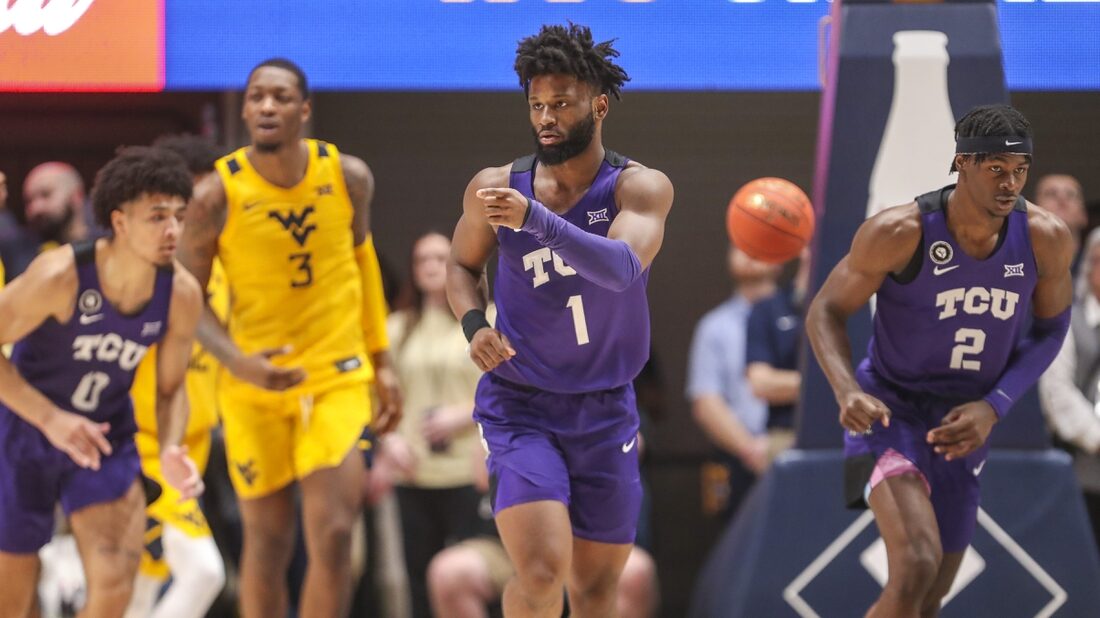 #22 Texas will look to continue its recent dominance of TCU when the two teams square off on Thursday afternoon in the first of four Big 12 Conference tournament quarterfinals at Kansas City, Mo.

Thursday’s winner will advance to the tournament semifinals against the Kansas-West Virginia/Kansas State winner.

The Longhorns (21-10) are the tournament’s fourth seed after winning 10 of 18 conference games, including both contests this season against TCU. Texas has defeated the Horned Frogs seven consecutive times and comes into this event as the defending champion after winning the Big 12 tournament in 2021 for the first time.

The Longhorns’ most recent game was a 70-63 overtime loss at #6 Kansas in the teams’ regular-season finale. Texas was led by Courtney Ramey’s 18 points and 12 from Andrew Jones in the loss. The Longhorns held Kansas, which entered the game averaging 78.9 points per game on 48.6 percent field goal shooting, to 57 points in regulation and just 31-percent shooting (18 of 58) from the floor in the game.

Texas has dropped two straight games and three of its past five, but each of those defeats were to teams ranked 11th or better at the time. Eight of the Longhorns’ defeats this year were to ranked teams.

“We played some good basketball this year. We’re one of the best teams in the country, but we’ve yet to play a full 40,” Texas coach Chris Beard said.

The Horned Frogs (19-11) are the fifth seed in the tournament and head to Kansas City with two consecutive losses as well. TCU, weary from playing seven games in 15 days, fell at West Virginia 70-64 to close its regular season.

Mike Miles led the Horned Frogs with 17 points in the loss, with Damion Baugh and Micah Peavy adding 12 each. TCU led by six points but then hit just two field goals over the game’s final 6:27, surrendering a 17-5 run that decided the game.

“Maybe we couldn’t handle all these games in a row down the stretch,” TCU coach Jamie Dixon said after the loss to West Virginia. “We came up with two losses on the road here, but that’s not an excuse. You’ve got to find a way. We’ve got to play better than that.”

TCU has matched the 2018 team’s finish of fifth in the Big 12. That was the last time the Horned Frogs made the NCAA Tournament. TCU has four wins over Top 25 teams this season, a program first.