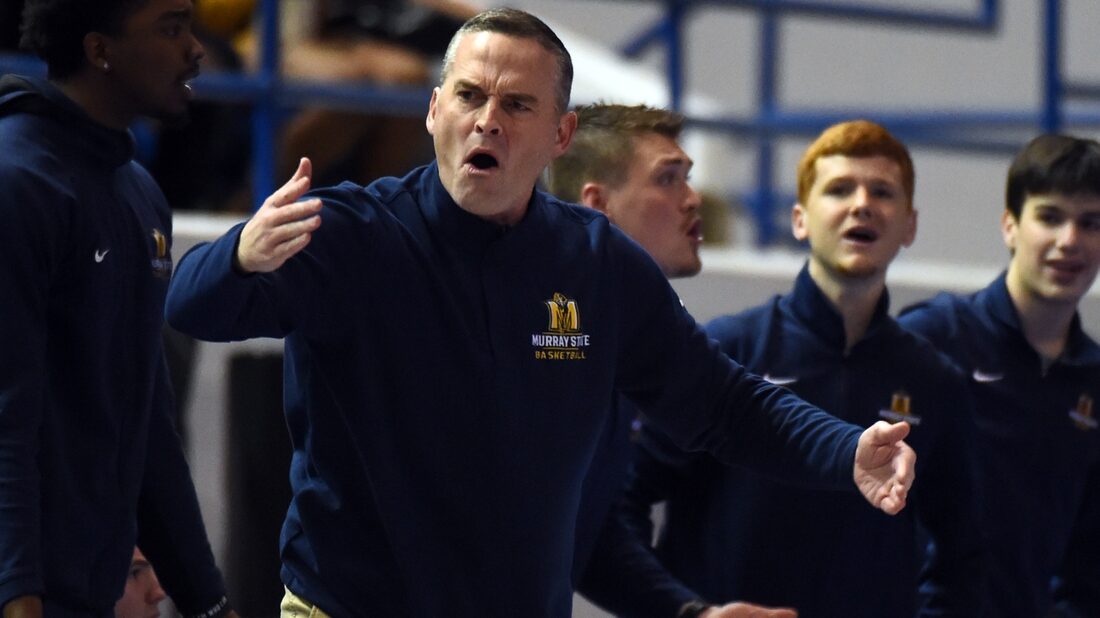 KJ Williams recorded 29 points and 10 rebounds and #22 Murray State ran its winning streak to 19 games with a solid 88-74 victory over Southeast Missouri State on Friday in the semifinals of the Ohio Valley Conference tournament at Evansville, Ind.

Tevin Brown contributed 26 points and six rebounds for the top-seeded Racers (29-2), who scored 17 of the game’s first 18 points while easily advancing to Saturday’s title game. Williams knocked down four 3-pointers and Brown made three.

The Racers own the nation’s longest active winning streak, one ahead of South Dakota State.

DQ Nicholas scored 20 points for the fourth-seeded Redhawks (14-18), who were in the tournament semifinals for the first time since 2005. Eric Reed Jr. added 12 points and Nana Akenten had 11.

Justice Hill contributed 10 points and five assists for the Racers, who shot 53.6 percent from the field, including 8 of 20 from 3-point range. Murray State held a 44-27 rebounding edge.

The Redhawks made 41.8 percent of their field-goal attempts and were 8 of 26 from behind the arc.

It was a disappointing showing for Southeast Missouri State, which nearly upset the Racers on Saturday. The Redhawks led by 12 with 6:38 remaining before Murray State closed with a 20-6 burst to notch a 70-68 victory.

It was a much different feel on Friday as Brown scored 21 points on 8-of-10 shooting in the first half and Williams added 17 points before the break. Murray State led 51-31 at halftime.

The Racers opened the game by making 7 of 8 shots while taking the 17-1 lead. Williams scored nine points during the run.

Southeast Missouri was within 44-30 after a 3-pointer by Chase Thompson with 1:32 left in the half. however, Murray State scored the next seven to take a half-best, 21-point margin.

The Racers remained in complete control in the second half and stretched the lead to a game-high 27 on a layup by DJ Burns with 9:59 remaining.

The Redhawks scored 10 straight points to narrow the gap to 12 in the closing minutes of its third loss of the season against Murray State.