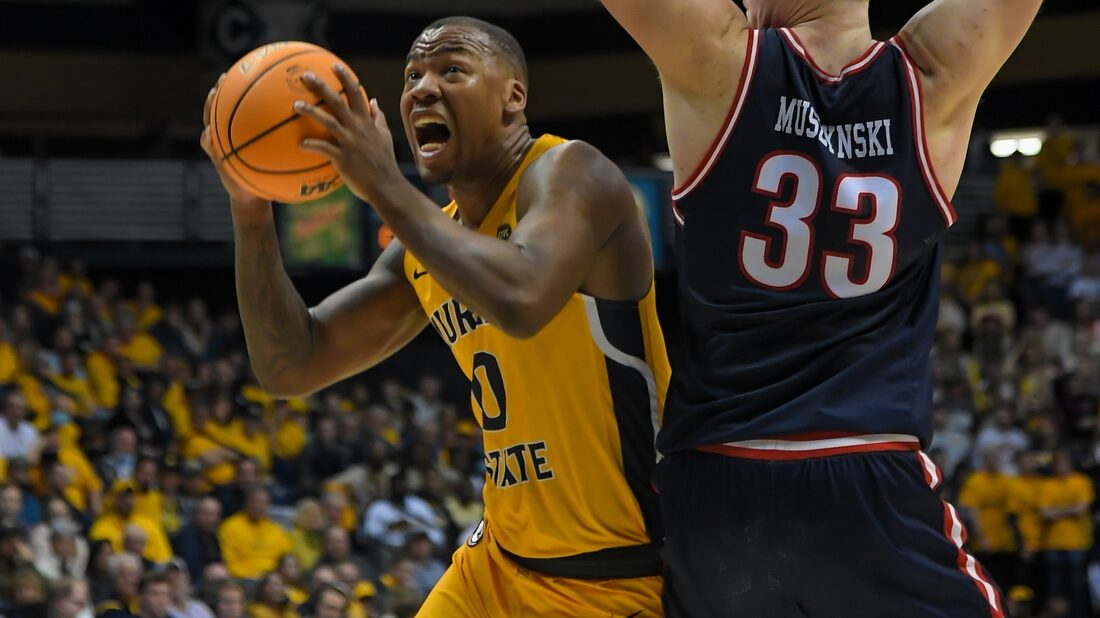 #22 Murray State is fresh off the sixth unbeaten regular-season conference record in Ohio Valley Conference history and is considered a lock for the upcoming NCAA Tournament.

And yet the Racers feel as if they have unfinished business.

Top-seeded Murray State (28-2, 18-0 OVC) begins its quest to win the Ohio Valley Conference tournament on Friday when it faces fourth-seeded Southeast Missouri (14-17, 8-9) in the semifinals at Evansville, Ind.

The fourth-seeded Redhawks advanced with a solid 79-55 win over fifth-seeded Tennessee State in Thursday’s quarterfinals.

The Racers received a bye into the semis and are looking to win the Ohio Valley tourney for the 18th and final time. The program departs for the Missouri Valley Conference after this season.

Murray State certainly has put together a memorable final campaign and currently shares the nation’s longest winning streak of 18 games with South Dakota State. The Racers’ last setback was 71-58 at then-#12 Auburn on Dec. 22.

“We find different ways to win,” McMahon told ESPN. “The thing that really helps us is our balance.”

Williams tops the OVC in scoring (18.2 points per game) and also led the Racers in rebounding (8.5 per game). His totals of 46 steals and 20 blocked shots are also team highs. The 6-foot-10 forward has knocked down 30 3-pointers, third most on the squad.

“KJ can shoot the 3 and score with either hand in the post,” McMahon said. “He has really taken his game to another level.”

Brown averages 16.4 points and 5.5 rebounds and has contributed 42 steals and a conference-leading 94 3-pointers. He also holds the OVC career mark of 342 treys.

Hill averages 13 points and leads Murray State in assists at 5.1 per game.

Despite the talented trio, the Racers were nearly upended in Saturday’s regular-season finale by Southeast Missouri before escaping with a 70-68 road triumph.

The Racers trailed by 12 with 6:38 left before closing the game with a 20-6 surge. Murray State moved ahead to stay on Hill’s tiebreaking 3-pointer with 39 seconds to play and finished off what was a painful loss for the Redhawks.

“The last game, 17 turnovers is far too many against the caliber of team they are,” Southeast Missouri coach Brad Korn said. “Our guys will be ready to play.”

Korn admitted the setback served as motivation for Thursday’s win over Tennessee State.

“Obviously, we know what tournament time is all about,” Korn said. “The game against Murray State left a bad taste in our mouths. You just want to get back at it again.”

“That’s exactly what you want from a senior,” Korn said of Patterson. “He’s been a horse for us, he’s been a force.”

Southeast Missouri, which appears headed to its eighth straight losing campaign, is in the OVC semifinals for the first time since 2005.

In the first meeting this season, the host Racers routed Southeast Missouri 106-81 on Dec. 30. Hill led Murray State with 26 points.