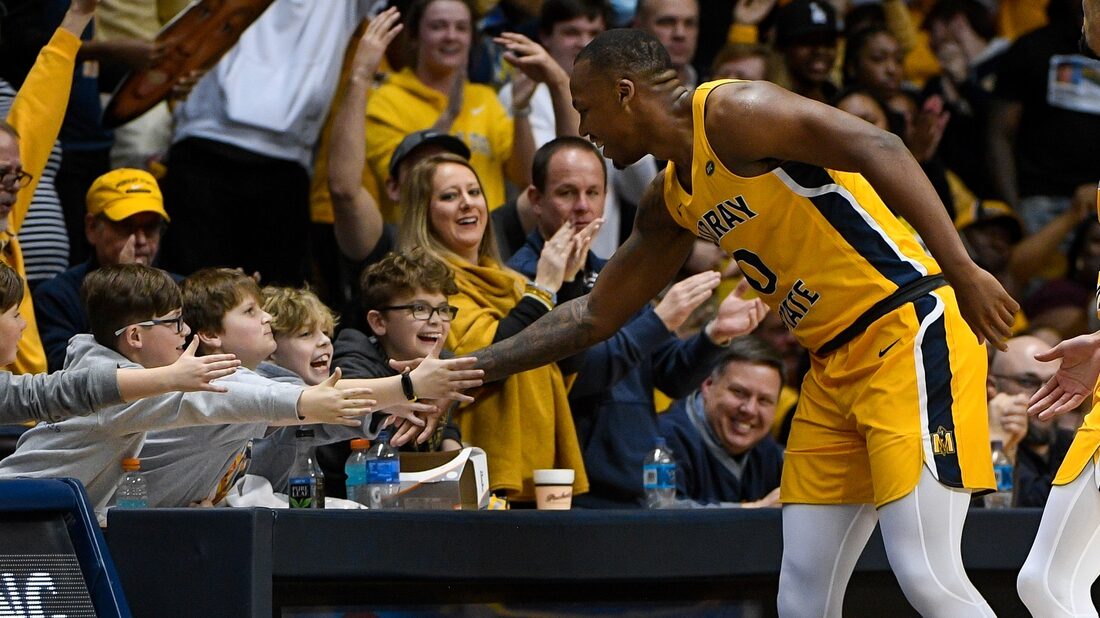 However, the 22nd-ranked Racers have no interest in resting on their laurels when they face third-seeded Morehead State (23-10) in the championship game at Evansville, Ind.

Top-seeded Murray State (29-2) is unblemished in 19 games against Ohio Valley opponents this season, and the Racers want to celebrate a tournament title and earn the league’s automatic berth to March Madness.

Of course, there is also NCAA Tournament seeding to think about. The Racers, who lead the nation in victories, are currently pegged at being a #8 or 9 seed. A loss on Saturday could drop them down a line or two.

Murray State also has won 19 consecutive games, one ahead of South Dakota State for the nation’s longest active streak.

This season’s team has won one more game than the ballyhooed Ja Morant-led squad that beat Marquette in the 2019 NCAA Tournament.

Two starters from that famed team led the way Friday in the victory against Southeast Missouri.

OVC Player of the Year KJ Williams had 29 points and 10 rebounds, and fellow first-team All-OVC selection Tevin Brown added 26 points and six rebounds. The Racers ran out to a 17-1 advantage and led by as many as 27 points.

“It was huge. Our guys were locked in,” McMahon said of the explosive start. “KJ got us started, and then Tevin started rolling. The two of them had 38 in the first half. They were incredible.”

The Eagles are still greatly bothered by the latter setback as they held a 49-40 lead with 5:17 left before the Racers closed the game with a 17-4 burst. Murray State moved ahead on Brown’s basket with 16 seconds to play and led for just 4:01 of the contest.

“We feel we let one get away about three weeks ago, and it has left a bad taste in our mouths,” Morehead State coach Preston Spradlin said. “We wanted this opportunity, and so now we’ve got what we asked for and we’re really excited to see how we respond to that.”

Williams averaged 21 points and 10.5 rebounds in the two matchups, while OVC Defensive Player of the Year Johni Broome led the Eagles with averages of 14 points, 11.5 rebounds and five blocked shots.

Broome had 13 points, 11 boards and three blocks against Belmont. He lived up to his reputation with a last-second swat of a 3-point attempt by Nick Muszynski.

“They forced the pass to Muszynski at the top of the key,” Broome said of the rejection. “I just made a play on the ball to win the game.”

The block was Broome’s 129th of the season. His total ranks third in the nation, and he recently surpassed the school’s single-season record of 115, set by Ron Nicholson in the 1971-72 campaign.