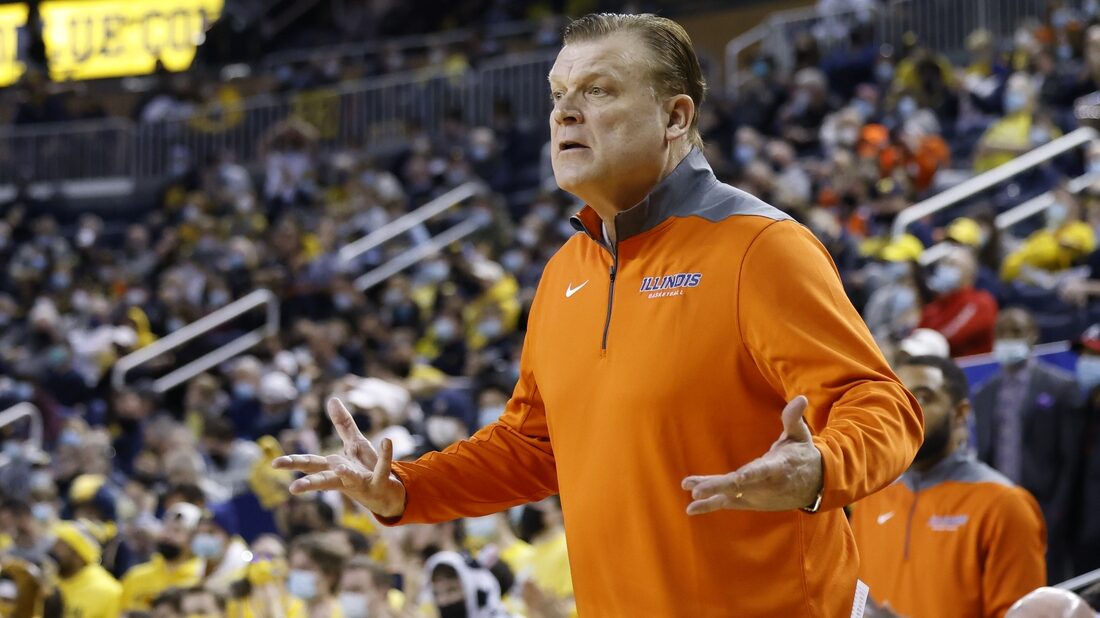 Da’monte Williams scored 14 points Thursday night and #20 Illinois held Penn State scoreless for a 5:56 span late in the game to preserve a 60-55 win in Champaign, Ill.

Kofi Cockburn added 11 points and six rebounds for the Fighting Illini (21-8, 14-5 Big Ten), while Trent Frazier chipped in 10 points. Illinois kept its hopes of a share of the Big Ten title alive, but will have to beat #24 Iowa Sunday night and hope that Nebraska wins earlier that day at Wisconsin.

Coleman Hawkins, who played down the stretch after starting forward Jacob Grandison left with a hand injury, sealed the outcome by canning two foul shots in the final seconds. The Illini overcame 36 percent field goal shooting.

The Nittany Lions’ Jalen Pickett led all scorers with 18 points while adding seven assists before fouling out with three seconds left. Seth Lundy added 11, but it wasn’t enough to enable Penn State to spring a major upset.

Illinois got off to an 8-2 lead after two foul shots by Cockburn less than three minutes into the game, but its normally efficient offense shriveled up and died for the half’s remainder.

Penn State played with a chip on its shoulder after absorbing a 93-70 pounding Sunday night against Big Ten cellar-dweller Nebraska. The Nittany Lions held the Illini to eight points in just over eight minutes and grabbed an 18-17 edge on Greg Lee’s jumper with 9:21 left.

And after Williams sank a 3-pointer to give Illinois a 24-18 advantage less than three minutes later, Penn State responded again. Pickett bookended Lee’s dunk with a layup and a 3-pointer that gave the Nittany Lions a 30-27 cushion.