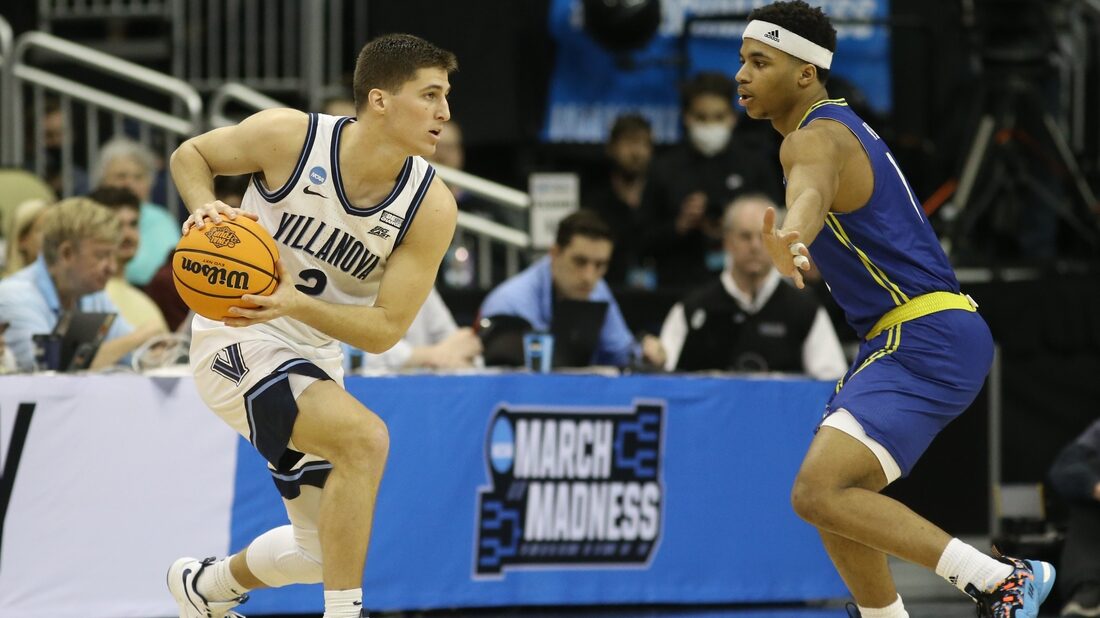 Villanova will look to advance to the Sweet 16 in consecutive years when it battles seventh-seeded Ohio State in the second round of the NCAA Tournament’s South Region in Pittsburgh on Sunday.

The second-seeded Wildcats (27-7) handily defeated #15 seed Delaware 80-60 in the opening round Friday.

With a win on Sunday, the Wildcats would face either third-seeded Tennessee or 11th-seeded Michigan.

Villanova has won just one of four career meetings against the Buckeyes. In November of 2019, the Wildcats were crushed 76-51.

National Player of the Year candidate Collin Gillespie was on that Villanova team and recalled the loss vividly.

“What we’ve seen over the course of the year is they are physical,” Gillespie said of the Buckeyes. “They play in a great conference (Big Ten), well coached, they have a lot of great players. And we know they are physical and they are tough.

“We did play them (a few) years ago, and they beat us pretty good. So we know their style of play, and the coaches are going to do a good job of putting the scouting report together for us.”

After capturing the Big East tournament title for the sixth time under coach Jay Wright, the Wildcats could have had a letdown against Delaware.

Villanova came out focused and aggressive and put the Blue Hens away.

Ohio State (20-11) will enter this matchup with plenty of momentum following a suffocating defensive effort.

In the first round Friday, the Buckeyes held Loyola-Chicago to 26.8 percent shooting from the field and pulled away for a 54-41 victory. It was their best performance in terms of the opponents’ shooting percentage since holding Holy Cross to 24 percent from the field in 1950.

It was arguably Ohio State’s top defensive game of the season. For a team that has dealt with several injuries, that’s saying something.

“I think narratives get played on social media, and all that is just not really accurate,” Ohio State coach Chris Holtmann said. “We just focused on winning the next possession. And we felt like our defense really — we could hang our hat on our defense right now. And we did that. And when we’ve struggled closing games, and I answered that question last week, it’s because our defense has not been sound enough for long enough.”

Ohio State’s E.J. Liddell was tremendous with 16 points, 10 rebounds and three blocked shots. He has nine double-doubles this season.

Liddell was active the entire game. In a win-or-go-home scenario, it’s the only way he knows.

“I feel like we’re a physical team as well. And we came out here, we have some seniors, they have the older group as well,” Liddell said. “And I didn’t want our seniors to go home yet. So I did the best I could, got on the floor a couple times — just giving extra-effort plays to go out there and win the game.”