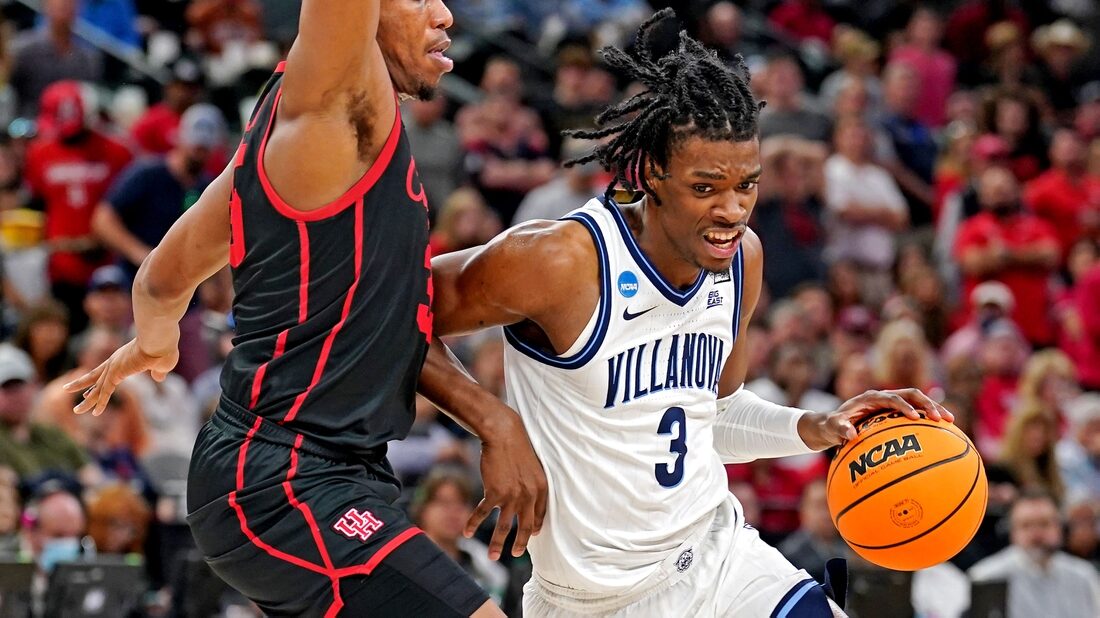 The Wildcats will play the winner of the West Region final between Duke and Arkansas in the Final Four in New Orleans on April 2.

Villanova (30-7) led by seven at halftime and by 40-29 with 10:47 to play before the Cougars clawed back. Jamal Shead’s jumper brought Houston to within 46-42 with 1:25 to play but Samuels responded with a layup. Kyler Edwards canned two free throws for the Cougars with 59 seconds remaining, but Houston would never get closer the rest of the way.

Caleb Daniels added 12 points for the Wildcats, who will play in their seventh Final Four and first since 2018.

Taze Moore had 15 points and 10 rebounds for Houston (32-6), which ends its season one win short of a second straight trip to the Final Four. The Cougars were 1 for 20 from beyond the arc.

The Wildcats were raring to go early, scoring the game’s first five points and streaking out to a 9-2 lead at the 15:06 mark. Houston pulled to within 16-10 on a layup by Shead with 9:59 to play in the half, but then the Cougars went more than five minutes without a basket, missing six shots over that stretch.

Villanova led by as many as 11 points before Moore hit back-to-back buckets to allow the Cougars to pull to 23-18 with 1:57 remaining. The Wildcats expanded their advantage to 27-20 at the break.

Daniels and Samuels paced Villanova with seven points at the half while Moore’s six points led the Cougars. Both teams struggled from the floor over the first 20 minutes, with Houston outshooting the Wildcats 30.8 percent to 28 percent.

Houston cut its deficit back to five points on Edwards’ jumper with 15:31 to play but the Wildcats answered, running off six of the ensuing eight points to go up 40-29 and re-establishing their largest lead.

It was the first meeting between the programs since 1991 and the second time they’ve squared off in the Elite Eight.