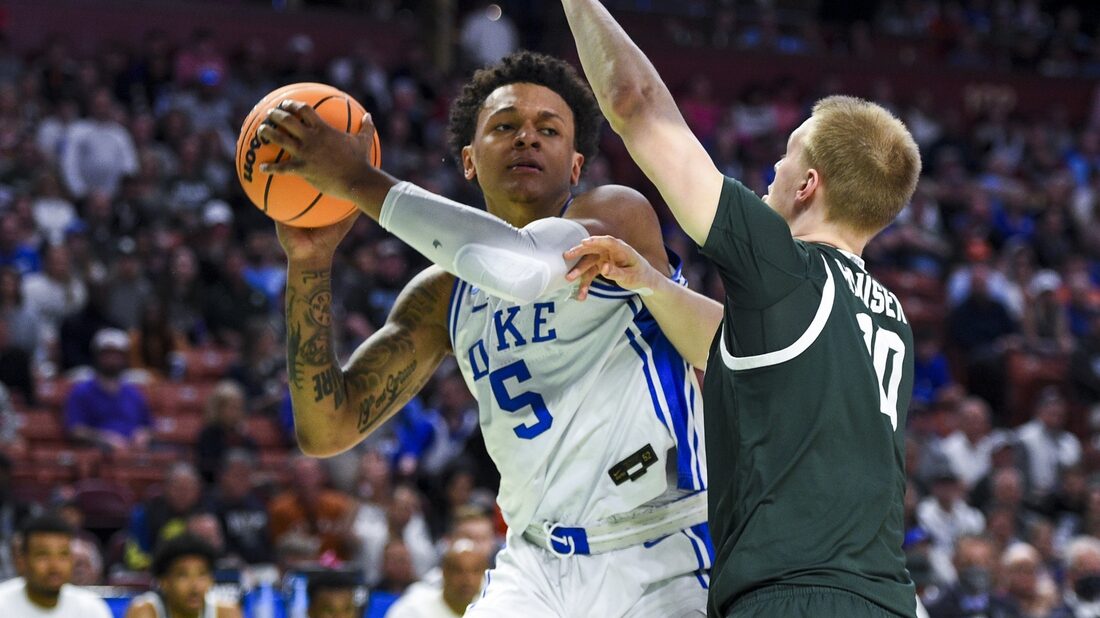 The Blue Devils appeared in trouble after Michigan State produced a 13-2 rally, but they converted on offense down the stretch to give Krzyzewski his 1,200th collegiate coaching victory. Duke closed the game on a 13-2 run.

“For young guys, they showed incredible guts,” said Krzyzewski, who improved to 1,200-367 across his years at Army and Duke. “It wasn’t any coaching. They had guts. I’m so proud of them.”

It was the most frequent coaching matchup in NCAA Tournament history, with Krzyzewski leading the Blue Devils against Michigan State and Tom Izzo for the seventh time.

Duke retook the lead on Banchero’s basket with 2:05 to play after Michigan State held a five-point edge less than three minutes earlier.

After a Michigan State miss, Roach’s 3-pointer gave the Blue Devils a 78-74 edge. Moore’s steal on Michigan State’s next possession led to him hitting two free throws, and the Spartans couldn’t get within four the rest of the way.

Duke was in front by nine early in the second half, but the Spartans drew within 63-61 with less than 8 1/2 minutes to play.

At that point, Blue Devils starting guard AJ Griffin departed with an apparent ankle injury, but returned a few minutes later. The Spartans pulled even at 65-65 on two A.J. Hoggard free throws at the 6:09 mark.

Tyson Walker’s 3 gave the Spartans the lead and Bingham followed with two free throws to make it 70-65 with 5:10 left.

Duke was up 39-35 at halftime despite Michigan State’s 7-for-10 shooting on 3-pointers.

Michigan State missed 11 shots in a row that was part of a six-minute scoreless stretch while falling into a 21-16 hole. But later the Spartans connected on seven straight shots, including five 3s, to pull even.