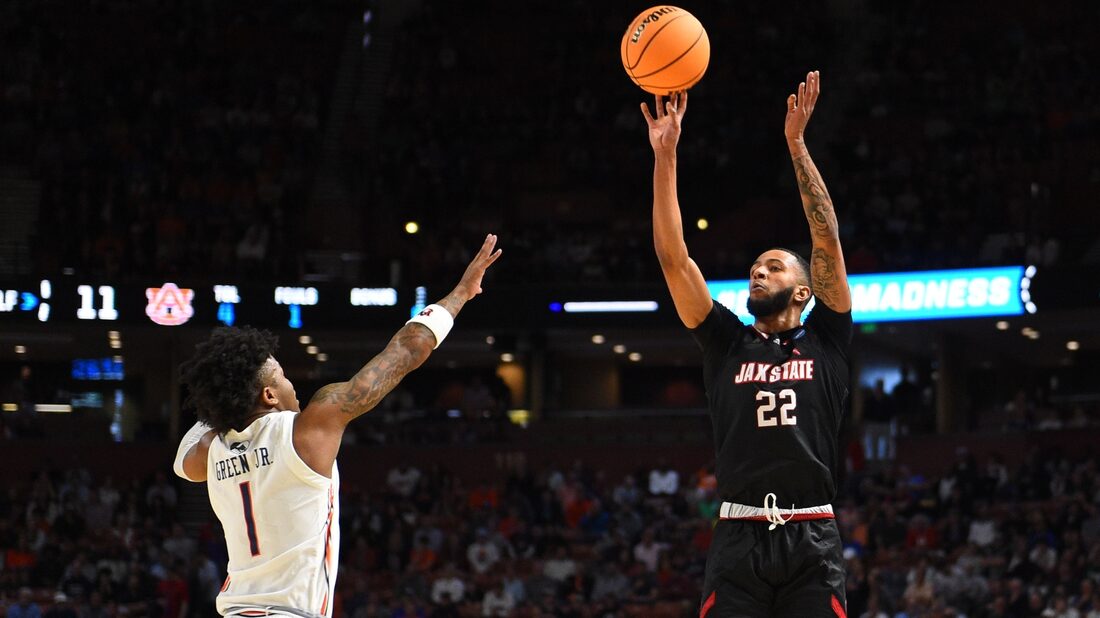 Smith collected 20 points, 14 rebounds and four assists for the Tigers (28-5), which advance to the second round on Sunday against either Southern California or Miami. Kessler chipped in 13 points and 10 rebounds while registering nine blocked shots.

“We talk about defense and rebounding being able to win championships — that’s why we won the SEC,” Tigers coach Bruce Pearl said afterward. “We had guys flying around on defense and Walker was there to clean up the messes.”

Allen Flanigan and K.D. Johnson each added 10 points for Auburn, which outrebounded the Gamecocks 50-32 and collected a whopping 25 fast-break points. The Tigers allowed only 18 points in the paint.

Jalen Gibbs hit four 3-pointers and scored 20 points for Jacksonville State (21-11), while Jalen Finch scored 17. They combined to make 11 of 24 shots from the field, but their teammates made only 8 of 37.

The Gamecocks made the NCAA field even though they failed to win the Atlantic Sun Conference tournament last week. A-Sun tourney champ Bellarmine was ineligible because it’s in a transition period from Division II to Division I, and the conference elected to send Jacksonville State since it won the regular-season title.

Gamecocks coach Ray Harper entered the game with a 13-3 career record against Auburn coach Bruce Pearl dating back to their days in Division II, but Pearl celebrated his 62nd birthday with much superior talent and depth.

Jacksonville State did hang with the Tigers for about 15 minutes, owning a 24-22 lead when Gibbs converted a 3-point play. But Auburn began flexing its muscles at that point with a 17-3 run over the final 5:28 of the first half, with Johnson’s 3-pointer sending it to the locker room with a 39-27 advantage.

The margin rose as high as 24 in the second half, and even though the Gamecocks drew as close as 67-55 with 6:57 left, the Tigers were never in danger.
Auburn moved the ball very well, drawing 23 assists on 28 made field goals. Johnson finished with a game-high seven.