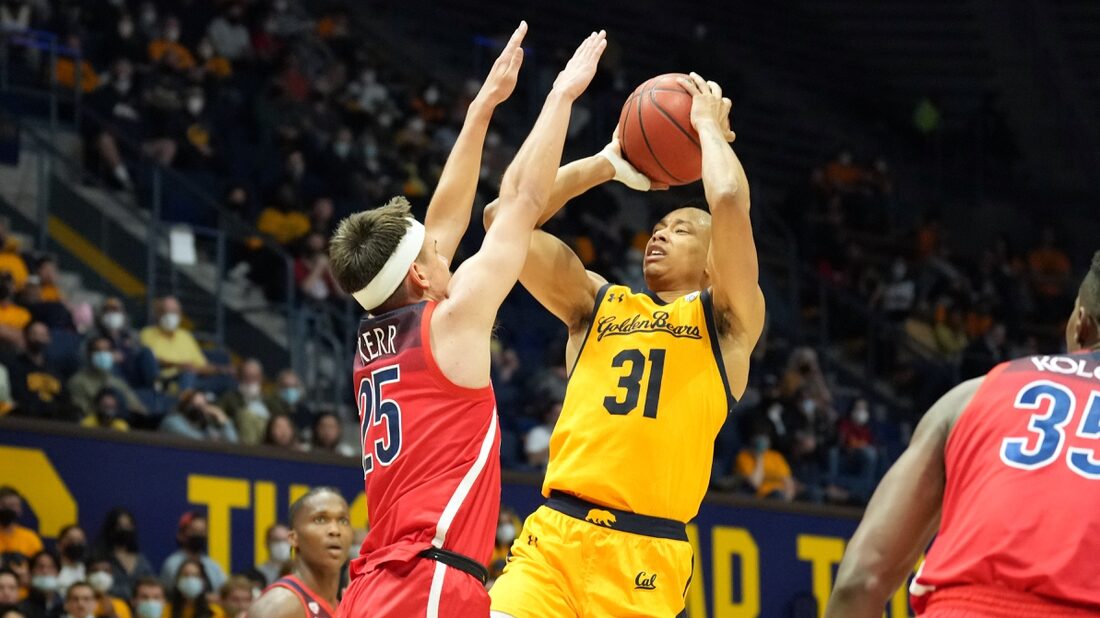 Oumar Ballo came off the bench to score 16 points to lead a balanced effort as #2 Arizona wrapped up a perfect season at home with an 89-61 victory over Cal on Saturday in Tucson, Ariz.

Bennedict Mathurin, Pelle Larsson and Justin Kier each scored 13 points. Kier, the team’s only senior, made his first start of the season for the Wildcats (28-3, 18-2 Pac-12), who finished 17-0 at McKale Center and solidified a potential #1 seed in the NCAA Tournament.

Cal (12-19, 5-15) got 16 points from Jordan Shepherd. Makale Foreman contributed 12 points and Lars Thiemann scored 11 as the Bears played without starting point guard Joel Brown because of a knee injury.

Ballo made all seven of his shots from the field and grabbed five rebounds in 17 minutes.

Arizona coach Tommy Lloyd, whose team was playing its fifth game in 10 days, expanded his eight-man rotation by one — giving quality minutes to freshman Adama Bal. He then pulled all but one of his starters with 6:16 left and the Wildcats up 72-53. Bal scored a career-high seven points in 17 minutes.

Mathurin grabbed the ball off the opening tip and dunked three seconds into the game, but Arizona didn’t make another basket until Larsson’s dunk and free throw at the 14:34 mark gave Arizona a 7-4 lead.

Cal chipped away late in the half, holding the Wildcats without a field goal for the final 3:52, climbing within nine points at the break.