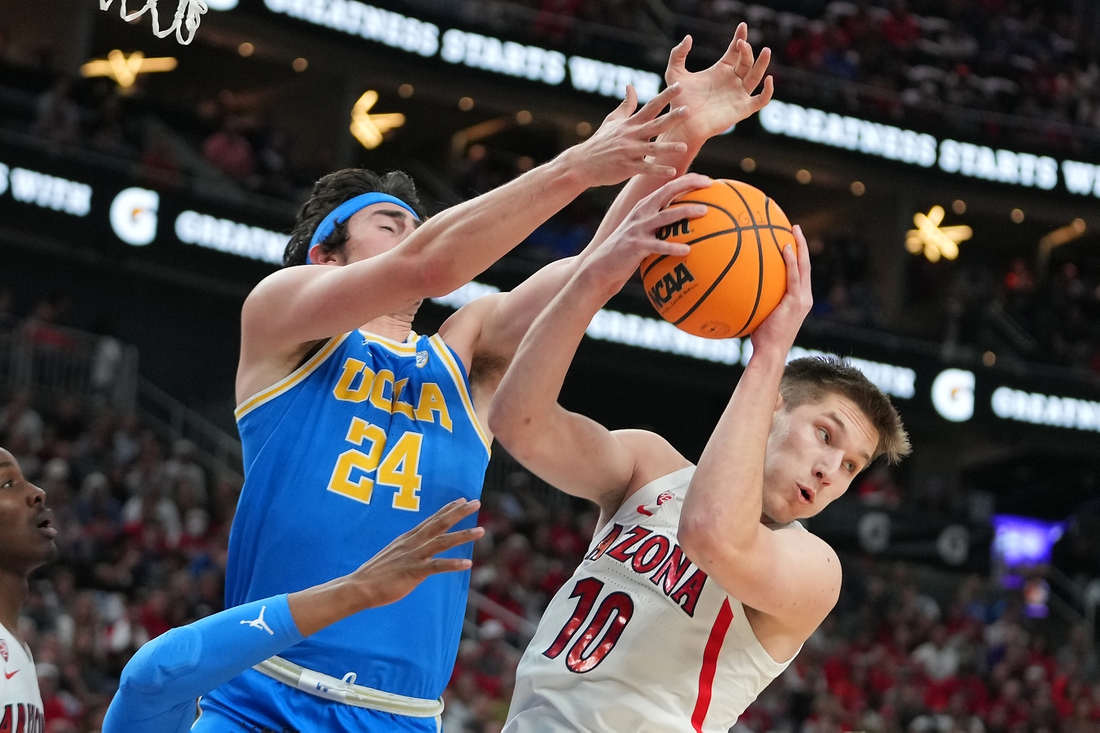 Bennedict Mathurin scored 27 points and led #2 Arizona back from a 12-point second-half deficit as the Wildcats won the Pac-12 championship game with an 84-76 victory over #13 UCLA on Saturday night in Las Vegas.

Top-seeded Arizona (31-3) earned its first conference tournament title since 2018 and is in line to be a #1 seed in the NCAA Tournament for the first time since 2014.

Mathurin, the Pac-12 Player of the Year, scored 18 points in the second half and made 13 of 15 free-throw attempts. He also stepped up with seven assists with starting point guard Kerr Kriisa unavailable for a second consecutive game due to a sprained ankle.

UCLA led 40-35 at halftime and kept up the pressure at the start of the second half, getting a three-point play from Jaquez that started a 10-2 run that resulted in a 53-41 advantage at the 17:17 mark.

Arizona, known all season for its ability for instant offense, stormed back with a 22-5 run over the next nine minutes during which Mathurin scored eight points. The Wildcats led 63-58 with 8:17 to go.

Mathurin’s two free throws made it 72-64 with 5:26 left. The teams mostly traded baskets after that, with UCLA getting within 80-76 with 52 seconds left on a layup by Cody Riley.

Mathurin, going for a fast-break dunk, was called for a charge on the next possession, but Koloko made the game’s key defensive play, swatting a driving layup attempt by Juzang to preserve the four-point edge.

Mathurin then made one foul shot before Arizona came up with another key defensive play. Oumar Ballo blocked a 3-point try from Bernard to seal the victory. Ballo had six of the Wildcats’ 11 blocked shots, with Koloko contributing four.

Arizona ended UCLA’s five-game winning streak and won two out of three in the season series.