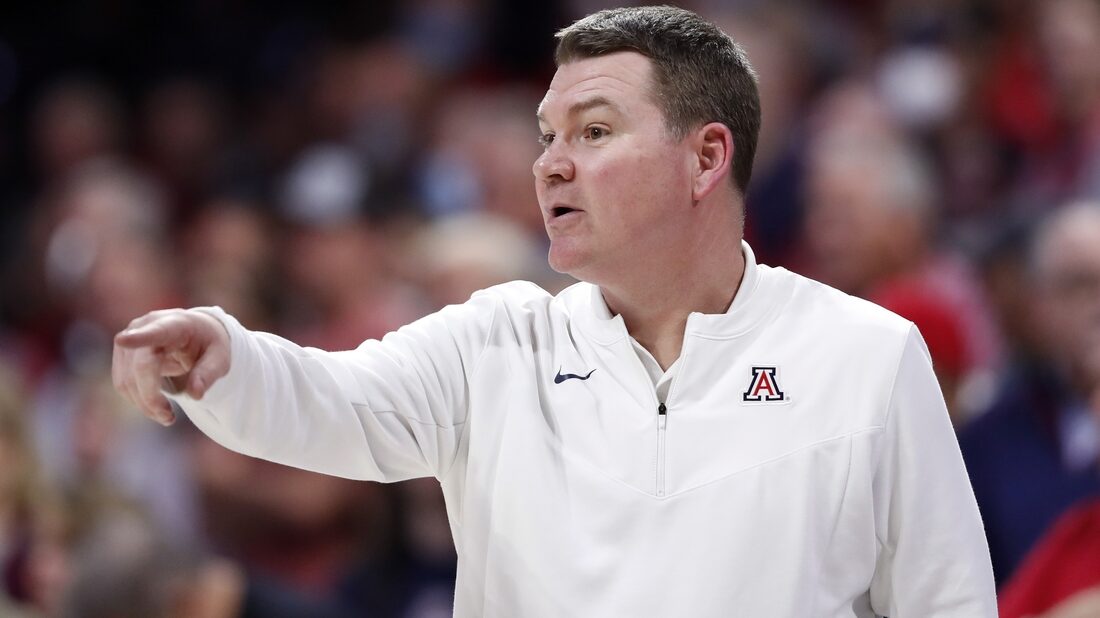 #2 Arizona will try to finish a perfect season at home when it takes on Cal on Saturday afternoon in Tucson, Ariz.

Few of the home games this season have been close, as 15 of the 17 victories came by double-digits. The other outings were a nine-point triumph over Southern California and a three-point win against Oregon.

Arizona wasn’t sharp, though, during Thursday’s 81-69 victory over Stanford. The Wildcats, who had clinched the Pac-12 regular-season title two days earlier at USC, trailed by nine in the first half and were up only one point with about eight minutes to go before Bennedict Mathurin sparked a late-game surge by scoring the next eight points.

“These guys are getting patted on the back a lot, and I’m hoping we’re strengthening and gaining immunity to the rat poison, because there’s a lot of that out there,” Arizona coach Tommy Lloyd said of the praise heaped on his team.

“I’m proud of the guys, how they played in the second half. I mean, I’m not down on them at all, and I look forward to cleaning some things up.”

Cal (12-18, 5-14) is coming off Thursday night’s 71-44 loss at Arizona State in which the Bears scored just 19 points in the second half and shot 30.5 percent from the field for the game. Cal had won three of its previous five games, including a road sweep of the Oregon schools and a 53-39 win over rival Stanford last Saturday.

“As well as we played last Saturday, we played the opposite defensively today,” Cal head coach Mark Fox said after the loss to ASU. “We really collapsed on the defensive end in the second half.”

This will be the last home game for Arizona’s sixth-year senior Justin Kier, one of three key bench players for the Wildcats. He played four seasons at George Mason and one at Georgia before transferring to Arizona.

Other players such as Mathurin, a sophomore averaging a team-high 17.4 points per game and a strong candidate for Pac-12 Player of the Year honors, could decide to turn pro. Azuolas Tubelis is pouring in 15 points per game.

Lloyd said part of the celebration Saturday could include cutting down the nets to acknowledge the Pac-12 regular-season title.

“You’ve got to earn that. I’m just not a big celebration guy. And that doesn’t mean I don’t enjoy winning, or appreciate it. I just think there’s a time and place. I think the right time to do it is at the end of the year, when you finish your season.”

Arizona had an easy time at Cal on Jan. 23, leading 48-27 at halftime and cruising to a 96-71 decision. Christian Koloko had 19 points and 13 rebounds for the Wildcats.

While high-tempo Arizona scores 84.5 points per game, Cal is a grind-it-out team that averages just 63.3 points. The Bears have scored more than 64 points just once in the past nine games, which coincides with losing Andre Kelly (13.4 points, 8.4 rebounds) to an ankle injury in a Jan. 29 loss to USC.