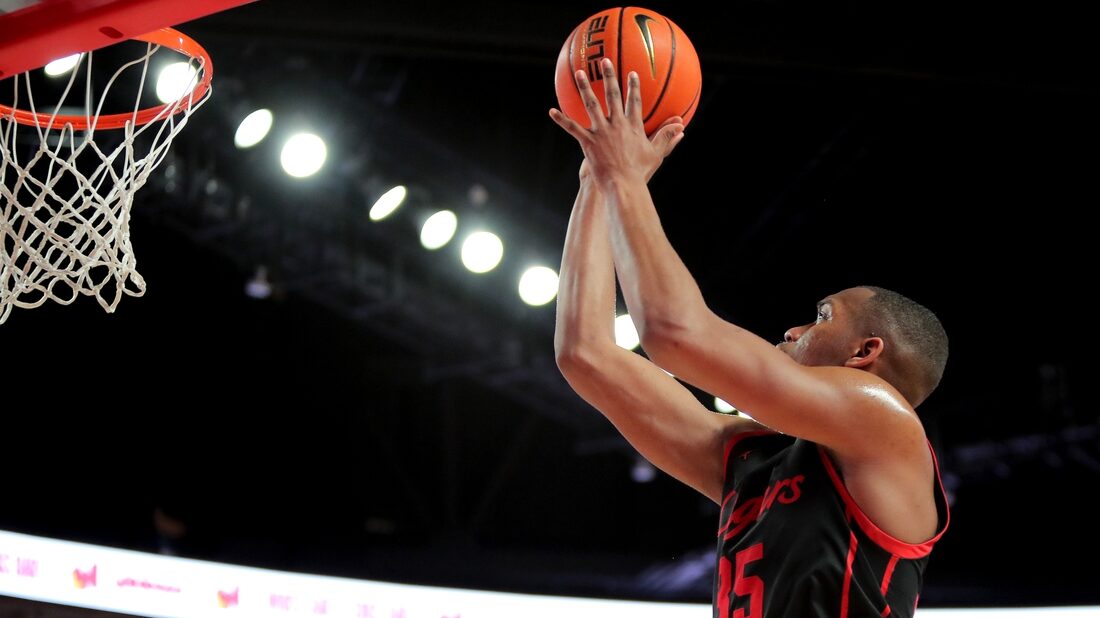 #18 Houston will look to take the next step in defending its American Athletic Conference tournament championship when it opposes surging Tulane on Saturday afternoon in the first of two semifinals at Fort Worth, Texas.

The Cougars (27-5), the conference’s regular-season champion and the top seed in the tourney, earned a berth in the semifinals with a come-from-behind, 69-56 win over eighth-seeded Cincinnati on Friday. Houston is in the semifinal round for the fourth consecutive edition.

Fabian White Jr. scored 18 points to lead Houston on Friday. Jamal Shead added 15 and Kyler Edwards had 12. The Cougars beat the Bearcats all three times this year, but the latest game was the closest of the three.

“We just came together, and we were, like, this is not us,” Shead said. “Somebody had to spark us up, and I think I did a pretty good job of that for a while.”

Houston was shackled with foul trouble and trailed by five points at halftime. The deficit grew to 10 less than two minutes into the second half before the Cougars leaned on their defense to get back in the game, forging a 12-0 run to grab a three-point with just under 13 minutes to play. They led the rest of the way.

The Cougars outshot Cincinnati 54.3 percent to 28.8 percent from the floor, and Houston hit 64 percent of its shots in the second half.

“I was really proud of our kids,” Houston coach Kelvin Sampson said. “I thought (in) the second half, we looked like us defensively. Our defense was really good, holding that team to 28 percent from the floor for the game. So (a) good first game. You just kind of move on down the road.”

“We were able to get good looks all game because the ball is moving. The ball is popping,” said Tulane guard Sion James, who finished with nine points and nine assists. “Even though we weren’t hitting as many threes as we do in some games, we still found ways to put the ball in the basket.”

“Our energy was good, and all our guys did a great job,” Tulane coach Ron Hunter said. “We have a guy out like Jalen, most people don’t think we can win games without him. Our kids are playing with a chip on their shoulder to prove they’re not a one-man team. And, of course, we would love to have him. And maybe — might have him against Houston.”

Like Houston, Tulane won on Friday with its defense. The Green Wave limited Temple to 28.4 percent shooting from the floor and forced 14 turnovers that they converted into 14 points.

The Cougars have won both of their games against the Green Wave this season, each by double digits.

In this article:cbb-hou, ncaab, tulane