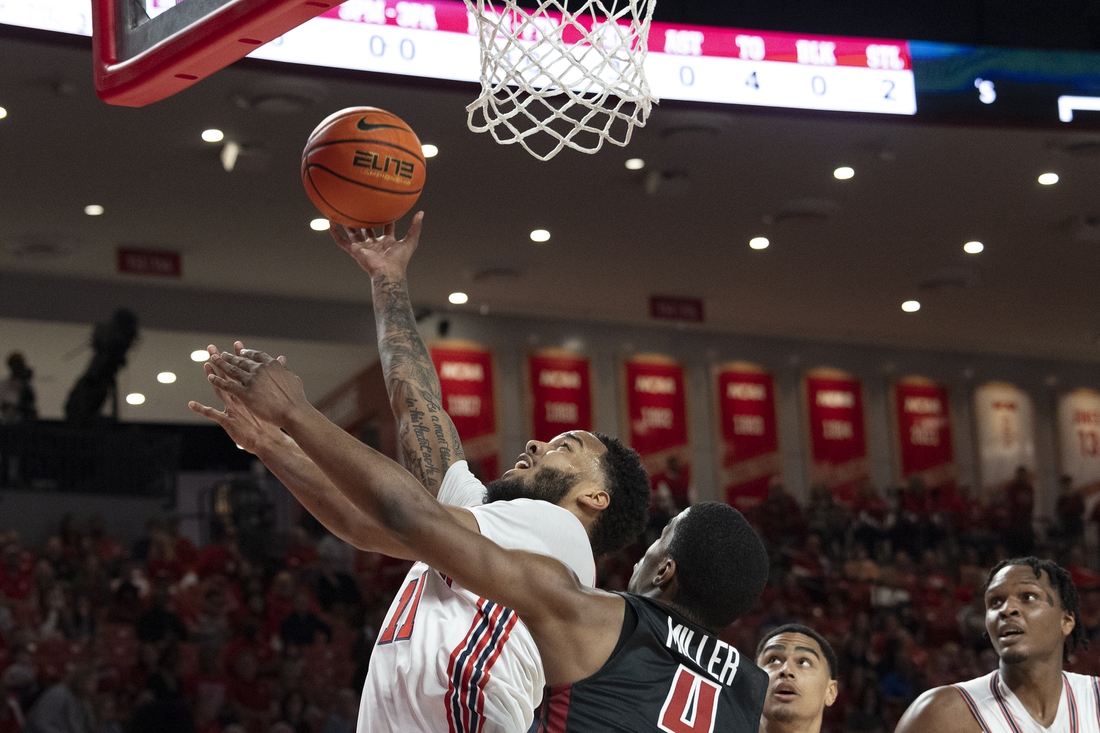 #18 Houston has blasted through its first two games at the American Athletic Conference tournament despite dealing with fouls and injuries. The Cougars will have to be at their best when they take on Memphis in the championship final on Sunday afternoon in Fort Worth, Texas.

Houston (28-5) earned a berth in the AAC tournament final game for the fourth consecutive season via a dominating, 86-66 win over Tulane on Saturday.

Kyler Edwards led Houston with 20 points and distributed a career-high tying eight assists in the win.

The Cougars took charge midway through the first half, led by eight at the break and ran away from Tulane in the second half behind a limited rotation. That issue was compounded by a back injury to Fabian White Jr. that kept him out for all but the game’s first three minutes.

Houston beat Cincinnati in the quarterfinals on Friday despite being shackled with first-half foul trouble that contributed to being down at halftime. Now, the Cougars head to the final with White a question mark, which puts even more pressure on their short-handed roster.

White was still hurting after Saturday’s game, and Houston coach Kelvin Sampson said it would be a game-time decision if White can go in the final.

“Win or lose tomorrow, I think our seed is set,” Sampson said. “I mean, we are what we are. I asked Fabian how his back felt, and he said it was still locked up. He may not be able to go tomorrow. And if he can’t, he can’t. We’ll just proceed the best we can. It’s not like we haven’t dealt with injuries over here.”

The Tigers earned a spot in the finals with a gritty 70-63 victory over SMU in the second semifinal. Alex Lomax and Landers Nolley II scored 12 points apiece to pace Memphis (21-9), with Lester Quinones adding 10 points that included a long 3-pointer with 4:37 to play that put the third-seeded Tigers in front for good.

DeAndre Williams recorded 10 rebounds for Memphis before he fouled out with 10 minutes left in the game. The Tigers held SMU to 38.5 percent shooting in a bruising game that produced 39 fouls and 50 free throws.

The Tigers have won six games in a row and 12 of their past 13, including a definitive victory over Houston on March 7 in the teams’ regular-season finale.

“We’ve come a long way to be at this point right now,” Memphis coach Penny Hardaway said. “For the guys to face adversity throughout the game and then come out on top, to push through with everything that happened, I couldn’t be more proud of these guys. They did a heck of a job.”

Like Houston, Memphis will have questions about the health of one its key players. Jalen Duren, the conference’s freshman of the year and an all-AAC first-teamer, sustained left hand injury in the second half; Duren played after leaving the game to have the injury assessed but his availability for the final is up in the air.