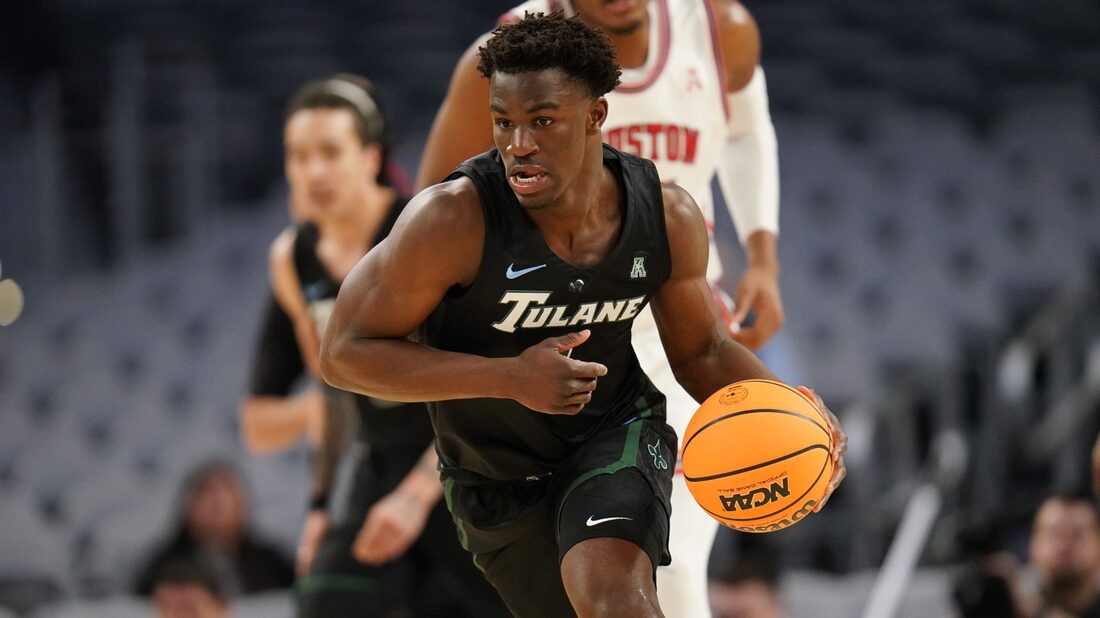 Kyler Edwards scored 20 points and tied his career high with eight assists as short-handed #18 Houston rolled to an 86-66 victory over Tulane on Saturday afternoon in the first American Athletic Conference semifinal game in Fort Worth, Texas.

The Cougars (28-5), the AAC’s regular-season champion and the top seed in the tournament, will play the winner of the second semifinal between SMU and Memphis in the final on Sunday. Houston earned a berth in the AAC tournament final for the fourth consecutive season.

Houston took charge midway through the first half, led by eight at the break and ran away from the Green Wave in the second half behind a limited rotation, made even more so by a back injury to Fabian White Jr. that kept him out for all but the game’s first three minutes.

The Cougars dominated the boards; their 43-21 edge included 17 offensive rebounds. Houston had 30 second-chance points; Tulane had none.

Carlton led all scorers with 10 points in the half. Baker and Cross had nine points each to pace Tulane.

The Cougars overwhelmed Tulane in the second half, steadily building their advantage. Houston was up by 16 points after Reggie Chaney’s dunk with 13:08 remaining, boosted the margin to 21 when Edwards hit his sixth 3-pointer of the game with 7:37 left and coasted to the win.