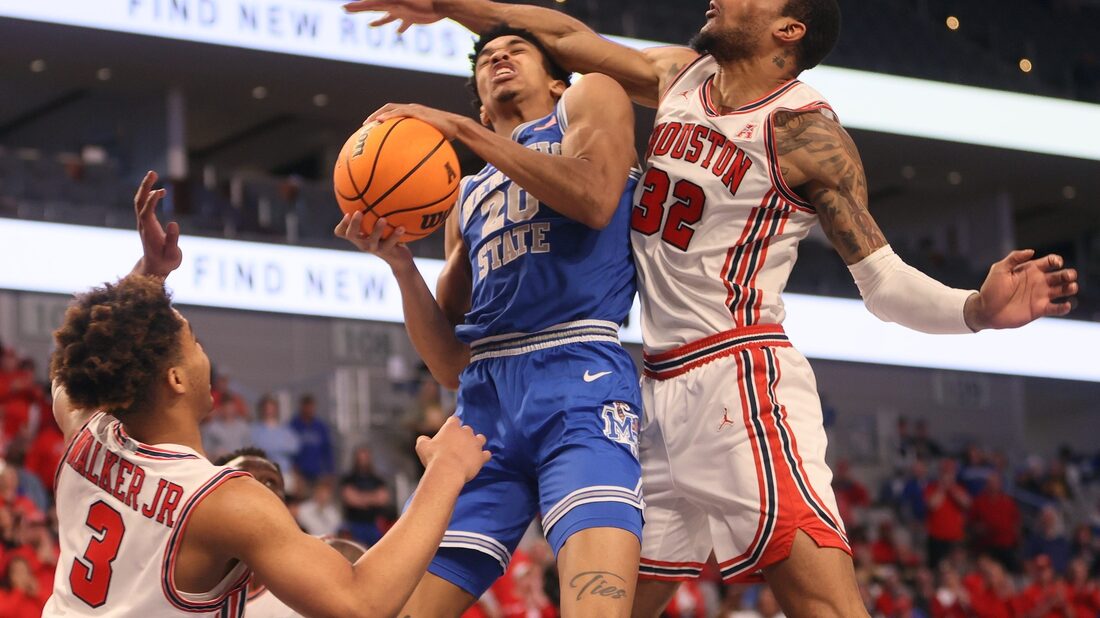 Houston, the top seed in this event and the conference’s regular-season champion, won the AAC tournament for the second straight year. The Cougars avenged a blowout loss to Memphis in the final game of the regular season and earned the AAC’s automatic bid to the NCAA Tournament.

The third-seeded Tigers, who had a six-game winning streak snapped, won 12 of their final 14 games.

Houston (29-5) led by as many as 15 points three minutes into the second half before the Tigers slowly worked their way back into the game, cutting their deficit to 51-47 with 6:55 to play. But that’s when the Cougars reasserted themselves, reeling off the next seven points and Memphis never seriously challenged again.

Jalen Duren shrugged off a wrist injury to lead the Tigers (21-10) with 14 points and 10 rebounds while DeAndre Williams added 10 points.

The Cougars ruled the first half and were buoyed by White, who was a game-time decision to play after missing all but three minutes of Saturday’s semifinal win over Tulane with a sore back.

Houston used a 10-2 run capped by Edwards’ second-chance 3-pointer to take a 15-7 lead at the 10:57 mark. The Cougars never allowed the Tigers to get closer than five points through the remainder of the half.

After Memphis clawed to within 28-22 after a layup by Chandler Lawson with 4:12 to play in the half, the Cougars scored the next eight points and took a 36-24 advantage into the break.

White led all scorers with 14 points at halftime while Duren paced Memphis with just six points.

Houston made 6 of it 14 shots from beyond the arc in the half while the Tigers were 0 for 5 on 3-pointers. The Cougars also forced eight Memphis turnovers in the half, turning those miscues into 10 points.