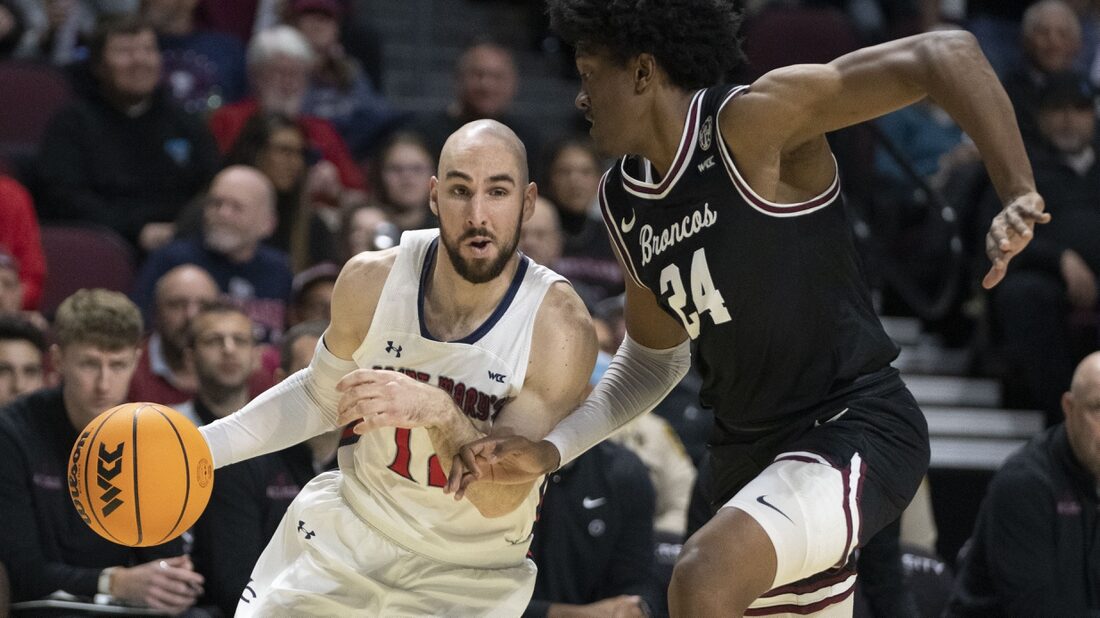 Tommy Kuhse scored a season-best 27 points and Logan Johnson made a key block in the final seconds as #17 Saint Mary’s held on for a wire-to-wire, 75-72 victory over Santa Clara in the West Coast Conference tournament semifinals on Monday in Las Vegas.

The second-seeded Gaels (25-6) will face top-seeded and #1-ranked Gonzaga (25-3) in the Tuesday tournament championship game for the WCC’s automatic berth to the NCAA Tournament. The teams split two regular-season meetings.

Santa Clara’s Jalen Williams attempted a short jumper in the lane with his team down 73-72 and less than six seconds remaining, but Johnson blocked the shot. Johnson was fouled with 3.6 seconds left and made both free throws to make it a three-point margin.

Williams’ last-ditch halfcourt shot caromed off the front of the rim as time expired.

Williams had 15 points and six assists and Jaden Bediako contributed 12 rebounds and five blocked shots for the Broncos, who had won three in a row.

Santa Clara figures to receive an invitation to play in either the NIT or College Basketball Invitational.

Justice connected on another trey to pull Santa Clara within 73-72 with 42.8 seconds remaining.

The Broncos made 40.6 percent of their shots and were 5 of 13 from behind the arc.

Kuhse was hot at the outset of the second half as he scored eight points during a 10-0 burst that increased the Gaels’ lead to 49-34 with 17:18 remaining. He culminated the run with two 3-pointers in a span of 39 seconds.

Kuhse and Tass each scored 10 first-half points and the Gaels led 39-34 at the break.