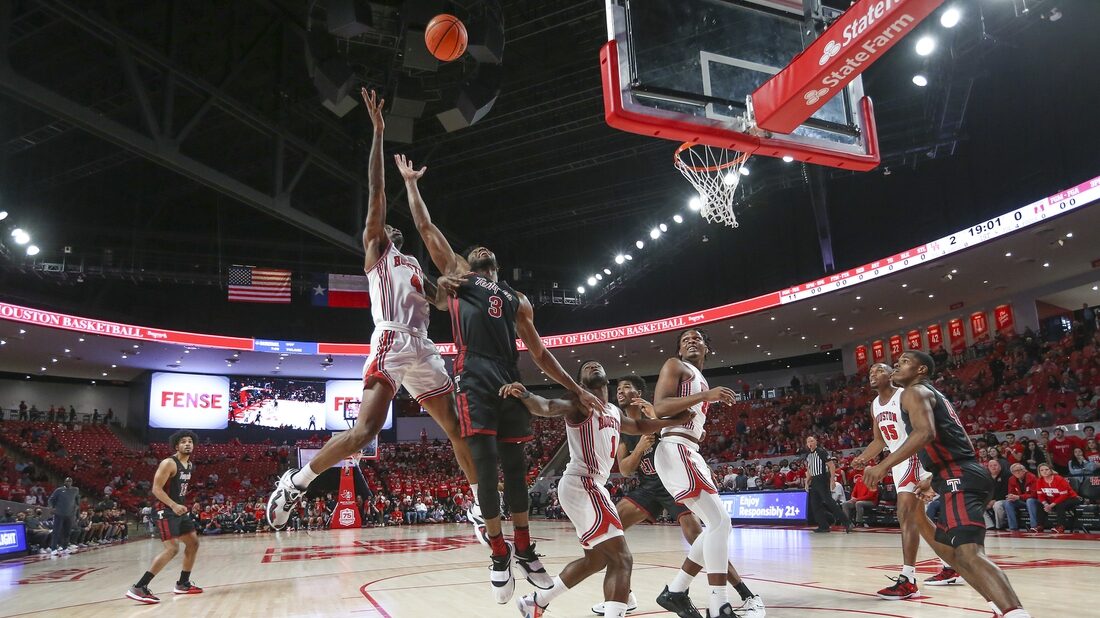 White posted a third consecutive 20-point game for the first time in his five-season career to continue his late-season charge for conference Player of the Year honors. He was the offensive fulcrum in the first half for Houston (26-4, 15-2 American Athletic Association) with 13 points.

Moore levied the knockout blow with a three-point play and a 3-pointer on consecutive possessions midway through the second half as the Cougars earned a sixth straight win.

The Owls (16-11, 9-7) called timeout after Moore pushed the Cougars&rsquor; lead to 57-36 with his 3-pointer at the 9:10 mark, but that break in the action did not stem the tide. White and teammate Kyler Edwards soon followed with 3-pointers before Moore added an alley-oop dunk. Robbie Armbrester extended the Houston run to 20-2 with a dunk as the Cougars extended to a 69-38 advantage.

Houston dominated on the interior, outscoring the Owls 42-18 in the paint. The Cougars scored 27 points off 20 Temple turnovers and limited the Owls to 31 percent shooting.

Jamal Shead added a 10 points and 13 assists for Houston while Josh Carlton, a Senior Night honoree alongside White, Moore and Edwards, had 11 points and eight rebounds.

Nick Jourdain scored 10 points for Temple before fouling out in just 18 minutes. Jahlil White added 10 points and Zach Hicks eight as Temple received only 18 points from its starters en route to its second loss in three games.

While Jourdain and Hicks combined for 16 points on 5-of-7 shooting in the first half, the remaining Owls shot 3-for-16 and tallied just seven points before the break.

Houston raced to a 15-0 lead before Jourdain and Hicks engineered a 14-3 run to get the visitors back into contention. However, with White leading the way, the Cougars reclaimed control and secured a 33-23 lead entering halftime.

Houston shot just 1-for-11 from behind the arc in the first half, but Shead and White opened the second half with back-to-back 3-pointers to get the Cougars&rsquor; offense trending toward the blowout win. Houston finished 10-for-25 from deep while Temple was 3-for-12.

In this article:cbb-hou, Houston, ncaab, temple