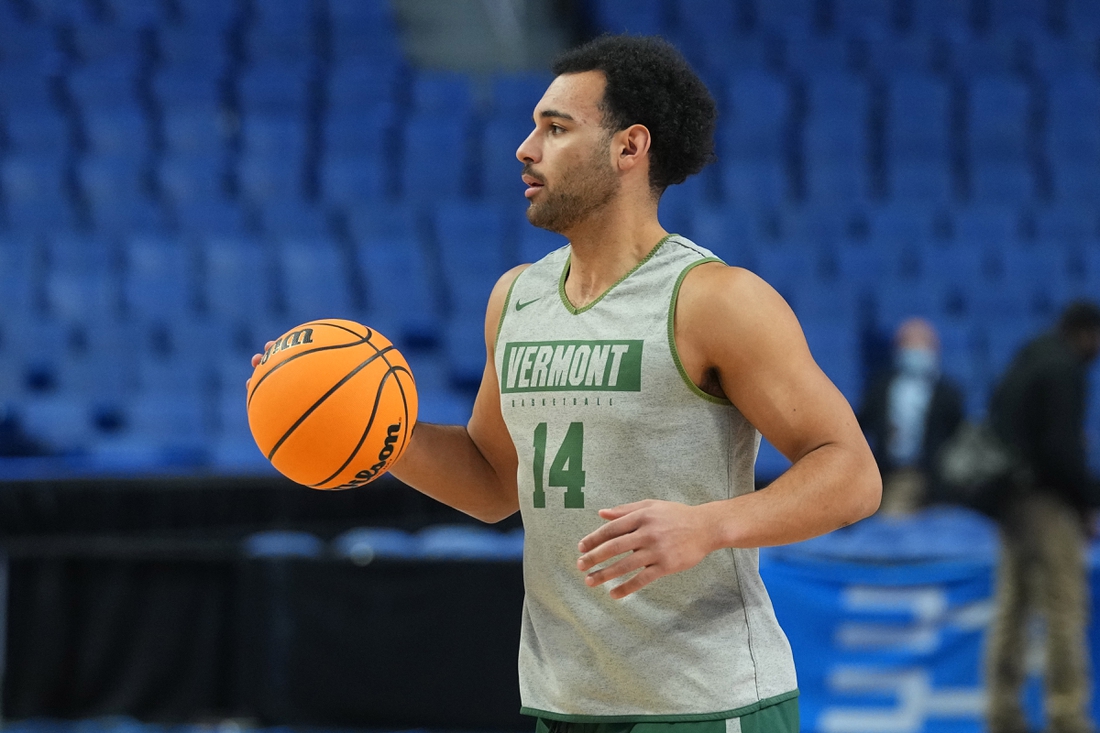 Arkansas made a promising run last year to the NCAA Tournament’s Elite Eight, where it gave Baylor its toughest game on the Bears’ way to the championship.

A year later, the retooled Razorbacks (25-8) return as a #4 seed and prepare for an opening-round West Region game against #13 seed Vermont (28-5) on Thursday night in Buffalo, N.Y.

Vermont is one of the highest seeds receiving strong first-round support at BetRivers, where the Catamounts have been backed by 70 percent of the money as a 4.0-point favorite.

The line is 5.0 at DraftKings and BetMGM and 5.5 at BetMGM, so the tighter odds at BetRivers has spurred action on Vermont. The Catamounts are being backed by 53 percent of the bets and 51 percent of the money as 4.5-point underdogs at PointsBet, where the line opened at 5.5.

The Razorbacks are here after surviving a difficult stretch when they lost five of six, including an 0-3 start in the Southeastern Conference. One of the more stunning losses was to Hofstra, and another came at home to Vanderbilt as Arkansas struggled to incorporate three key backcourt transfers.

After that rough patch however, coach Eric Musselman’s Razorbacks figured it out, winning 14 of their next 15, with transfers Stanley Umude (South Dakota), Au’Diese Toney (Pittsburgh) and Chris Lykes (Miami) becoming key pieces.

“You gotta have great maturity and understand that focused teams advance,” Musselman said on Selection Sunday. “Non-focused teams go home early. There’s a real abrupt ending to this whole thing from here on out.”

Arkansas doesn’t enter in top form, as it has lost two of its last three, including an 82-64 thrashing to Texas A&M in the SEC tournament semifinals as the Razorbacks hit just 3 of 18 shots from beyond the arc and committed 15 turnovers.

By contrast, Vermont enters on an upswing. The Catamounts’ 82-43 romp over UMBC in the America East championship game was the largest margin in a Division I conference title game since 1989.

The Catamounts, who have won 22 of their last 23, are no strangers to the tournament. This will be their eighth NCAA appearance since 2002-03 and fourth under coach John Becker in his 11 seasons.

Becker likes his team’s experience. Of his top seven scorers, two are grad students and four are seniors. In Vermont’s most recent NCAA game, a 76-69 opening-round loss to Florida State in 2019, Shungu scored 15 points and Davis was a key reserve.

“I think that’ll be a real advantage for us in the tournament,” Becker said of the Catamounts’ experience.

Arkansas has never played Vermont, but Musselman isn’t unfamiliar with how Becker’s teams play. In 2016, when he guided Nevada to the College Basketball Invitational title, Musselman’s team topped Vermont in the semifinals.

“They space the floor. They have really good shooting,” Musselman said. “(Davis) is one of their premier scorers. (Shungu) can really score the ball. So defending the three will be very, very important for us.”

The Vermont-Arkansas winner will face #5 seed UConn or #12 New Mexico State on Saturday.