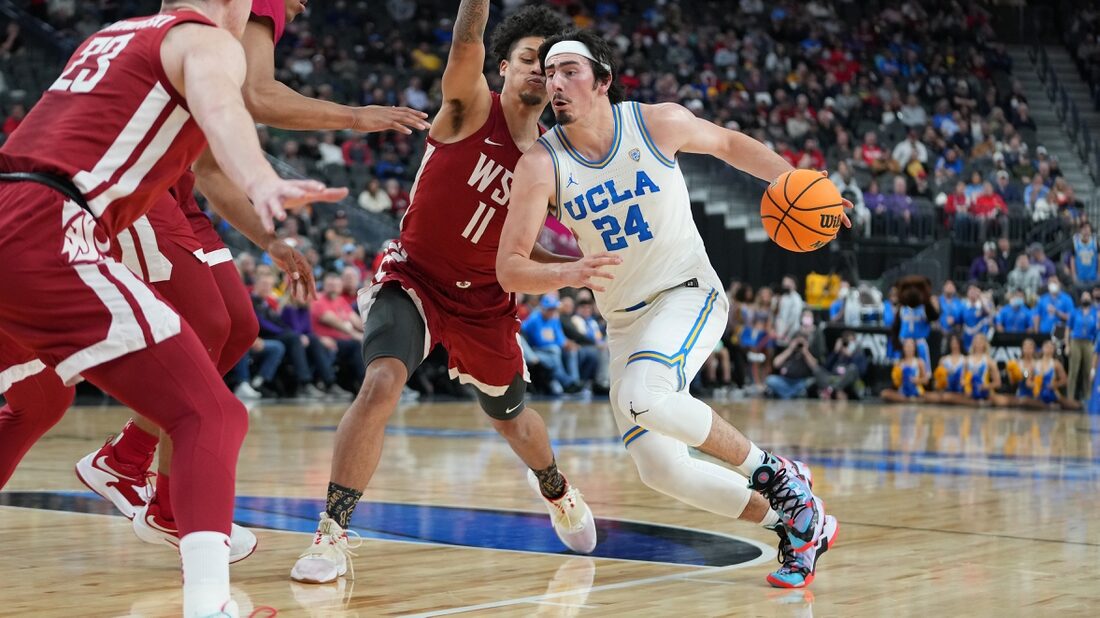 The second-seeded Bruins (24-6) move on to Friday night’s semifinals, where they will take on the winner of Thursday’s late quarterfinal between USC and Washington.

Jaquez made 9 of 15 shots and added 11 rebounds for his fifth double-double this season. He scored 17 points in the second half, including 14 points during a seven-minute stretch as UCLA put the game away.

Seventh-seeded Washington State, the most prolific 3-point shooting team in the conference, was ice cold from deep. The Cougars (19-14) were 8 of 29 from outside and shot just 41.5 percent from the field.

UCLA led 40-28 at halftime, but the margin was quickly down to seven as the Cougars scored the first five points of the second half after ending the first half on a 5-0 run. Cody Riley’s layup and a 3-pointer from Jules Bernard got the double-digit lead back, which the Bruins held the rest of the way.

The Bruins built a six-point lead within the first five minutes, but WSU fought back via the long ball. Consecutive 3-pointers by Tyrell Roberts put the Cougars up 21-19 with 9:34 left in the first half.

That was their last field goal until the final minute before halftime. They missed 10 consecutive shots while the Bruins went on a 19-2 run to lead 38-23 with 1:07 to go. WSU cut the deficit to 12 with five points in the final 50 seconds.

Andre Jakimovski had 15 points and Roberts added 14 for WSU, which won 11 conference games for the first time since 2007-08.

The Cougars were playing in the quarterfinals for the first time since 2011, having reached the quarterfinal round in 2020 before the tourney was canceled due to the COVID-19 pandemic.