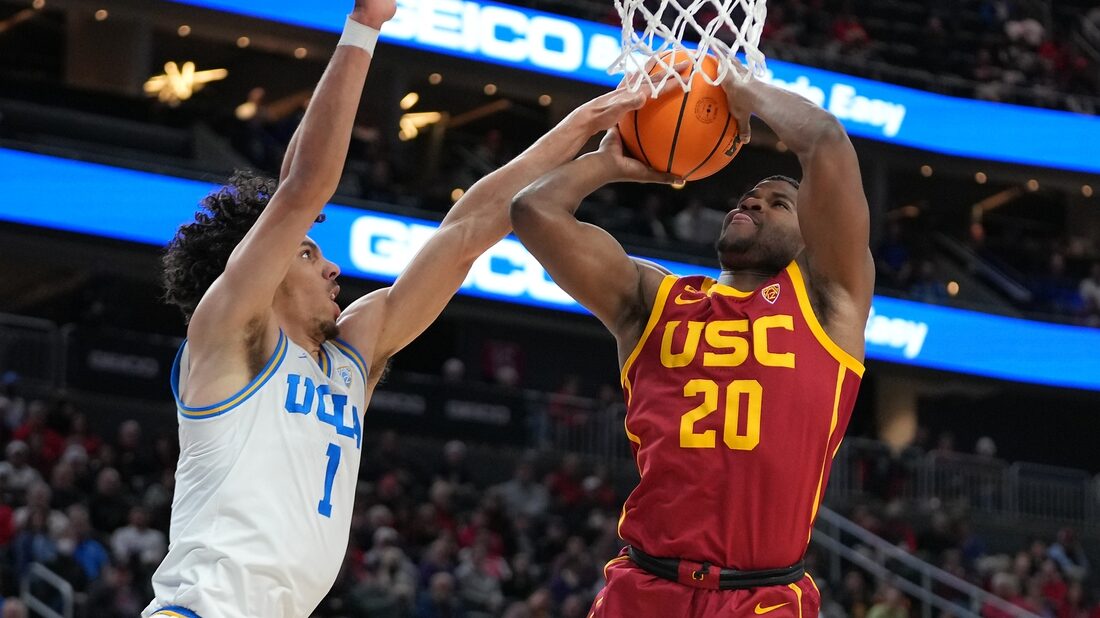 Jaime Jaquez Jr. scored 19 points to stay hot as he led #13 UCLA to a 69-59 victory over #21 Southern California in a semifinal game of the Pac-12 tournament in Las Vegas on Friday night.

The second-seeded Bruins (25-6) advanced to the conference title game for the first time since winning the tourney in 2014. UCLA will meet second-ranked and top-seeded Arizona in the championship game Saturday night.

Boogie Ellis tried to take over for third-seeded USC (26-7), but his 27 points weren’t enough as the Trojans fell to their crosstown rival for the second time in a week and lost the rubber match of the season series.

Jaquez, who has scored 99 points in his past four games, made 6 of 9 field-goal attempts and pulled down five rebounds. Jules Bernard contributed 15 points and eight rebounds for UCLA, which won its fifth consecutive game.

The Bruins’ Tyger Campbell added 14 points, and Johnny Juzang had 10.

Ellis’ two free throws with 1:08 left cut the deficit to 65-57, but Campbell broke free for an uncontested layup 10 seconds later to help seal the victory.

Ellis scored 18 points after halftime and finished 9 of 17 from the field, including 5 of 9 from 3-point range. His teammates shot just 12 of 36 overall. USC’s Drew Peterson scored 11 points.

Ellis made two early 3-pointers to help USC to an 8-4 lead, but most of the rest of the half went UCLA’s way as the Trojans shot only 4 of 17 from inside the arc. Campbell and Jaquez each poured in 11 points before halftime as UCLA took a 36-28 lead into the break.