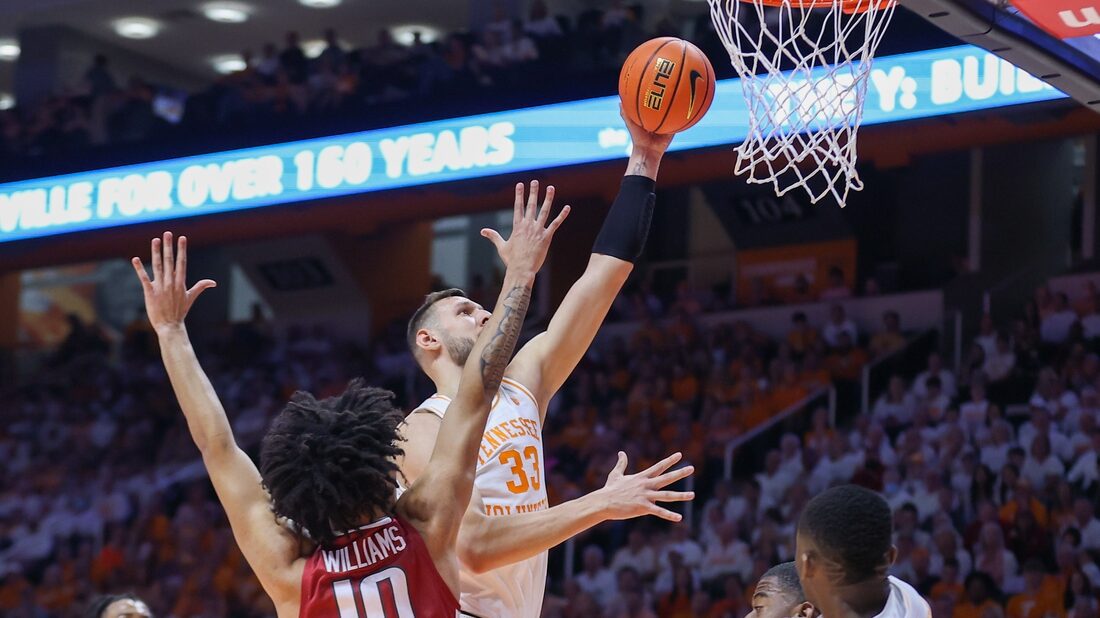 Santiago Vescovi also scored 15 points and Zakai Zeigler had 13 points with six assists for the Volunteers (23-7, 14-4 SEC). Josiah-Jordan James had 12 points and three steals for Tennessee, which finished the regular season 16-0 at home.

Arkansas (24-7, 13-5) recovered from a 24-point deficit and had a chance to tie the score but JD Notae’s contested 3-point attempt was off the mark with nine seconds left. Zeigler split two free throws with 7.3 seconds left to seal it.

Notae had 20 points and three steals for Arkansas, which had a five-game winning streak halted while losing for just the second time in 16 games.

Chris Lykes registered 15 points with three steals before fouling out and Stanley Umude also scored 15 points for the Razorbacks, who played without Au’Diese Toney (ankle).

The Volunteers led 71-54 with 6:04 remaining before the Razorbacks made a frantic push.

Lykes buried consecutive 3-pointers as Arkansas crept within 71-60 with 5:09 left. A short time later, Notae knocked down two treys in a 59-second span and added two free throws to bring the Razorbacks within 73-70 with 2:05 remaining.

Zeigler split two free throws with 14.8 seconds left to put Tennessee up by three prior to Notae’s big miss.

Chandler made all four of his 3-point attempts in the first half, when the Volunteers went 9 of 12 as a team while taking a 50-29 halftime lead.