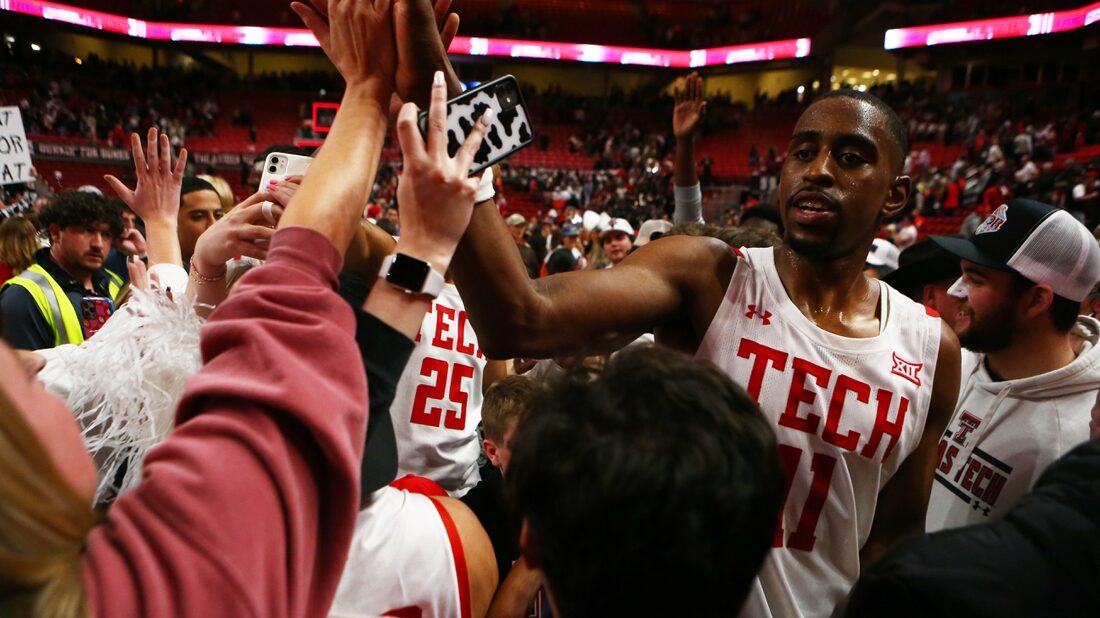 A share of the Big 12 championship could be in play for #12 Texas Tech on Saturday when it visits Oklahoma State in the regular-season finale in Stillwater, Okla.

The Red Raiders (23-7, 12-5 Big 12) are currently a half-game behind #6 Kansas and a full game behind #3 Baylor in the conference standings. If they defeat Oklahoma State, Baylor drops its season finale to Iowa State and Kansas loses at least one of its final two games, the Red Raiders will earn a share of the regular-season crown.

Texas Tech kept this opportunity alive following its 73-68 win over Kansas State on Monday, capping a perfect 18-0 record at home on the season. Davion Warren and Bryson Williams combined to score more than half of Texas Tech’s points, putting up 23 and 19, respectively, while making 16 of 23 shots from the floor.

“I’m just very proud of him,” Texas Tech head coach Mark Adams said about Warren. “I have a lot of confidence in Davion, and he kind of took the game over. They were double-teaming Bryson; Bryson obviously has a good game night in and night out. They were really working on not letting him get a touch, and so Davion was open and made some plays.”

Warren said he knew it would be a challenge to keep the team’s undefeated home record intact.

“We knew it was going to be a tough one,” Warren said. “Nobody has beat us at home and we knew Kansas State wanted to do that tonight. We knew it wasn’t going to be easy. So just stay on course, stay level-headed throughout the whole game and we got the job done.”

While Texas Tech is fighting for an opportunity to win a championship, it will be a very different mood for Oklahoma State (14-15, 7-10). The Cowboys, who are banned from postseason play by the NCAA because of a single infraction that was self-reported, will be playing their last game on Saturday.

In spite of having nothing for which to play, the Cowboys still have fought hard down the stretch.

Oklahoma State recorded one of its best defensive performances of the season in a 53-36 win over Iowa State on Wednesday. The Cowboys limited the Cyclones to just 28.3 percent shooting from the floor and 11.8 percent from 3-point range.

Oklahoma State surrendered just six points over the final 14 minutes of play and forced 16 turnovers in the game.

“I know what we’re capable of,” Oklahoma State head coach Mike Boynton said after the game. “We’ve talked all along about perhaps being the best team defensively in the country. And the numbers speak that we’ve been one of the best.”

Texas Tech will be looking to complete the sweep against the Cowboys and get a little revenge after dropping a pair of overtime decisions to Oklahoma State in 2020-21.