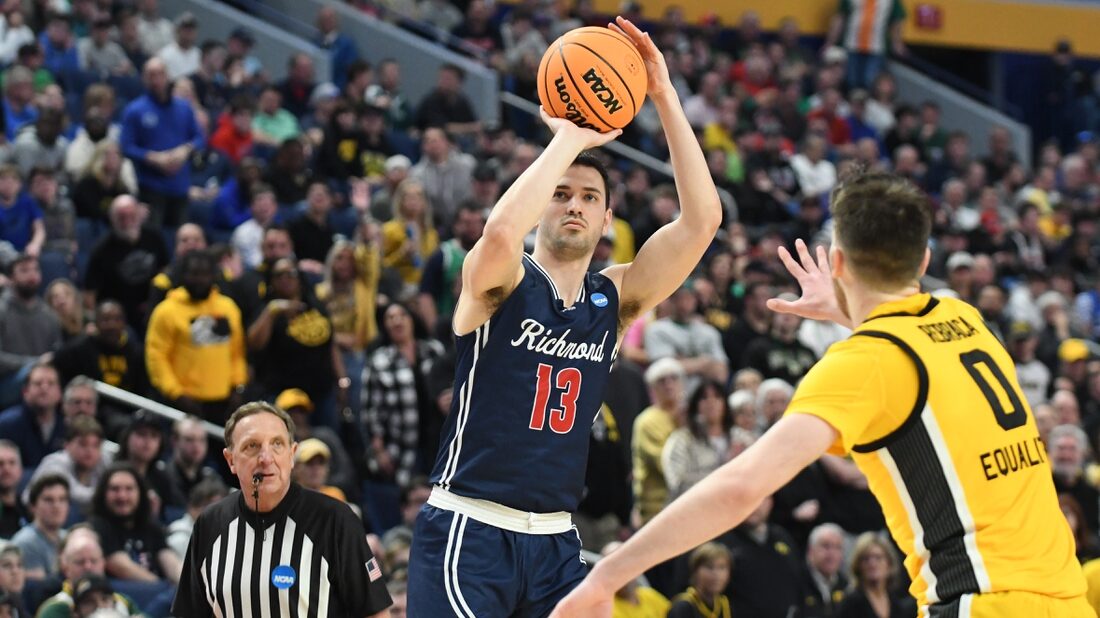 Tyler Burton notched a double-double of 18 points and 11 rebounds for the Spiders (24-12). Nathan Cayo added 15 points for Richmond, including a key layup that produced a three-point lead with 1:24 to go and a three-point play 50 seconds later.

The Spiders held on to stretch their winning streak to five and advanced to face fourth-seeded Providence in the second round on Saturday.

Inconsistency doomed the Big Ten tournament champion Hawkeyes (26-10). After using an 11-0 run to take a five-point lead with 16:24 remaining, Iowa slumped through a scoreless drought of 5:07 as the Spiders responded with an 11-0 run of their own.

Although Iowa held a 40-36 rebounding edge behind nine boards from Filip Rebraca, the Spiders outscored the Hawkeyes 38-30 in the paint.

Richmond took a 29-28 lead into halftime after capitalizing on the last in a series of early Iowa gaffes. Fouled on an errant 3-point attempt with seven seconds left in the first half, Burton swished each of his free throws to put the Spiders ahead.

Iowa missed a trey and a jumper inside the arc just before the break, closing a first half that saw it struggle to 30.3 percent shooting, including 1-for-13 from deep.

Gilyard chipped in six rebounds and six assists for the Spiders.