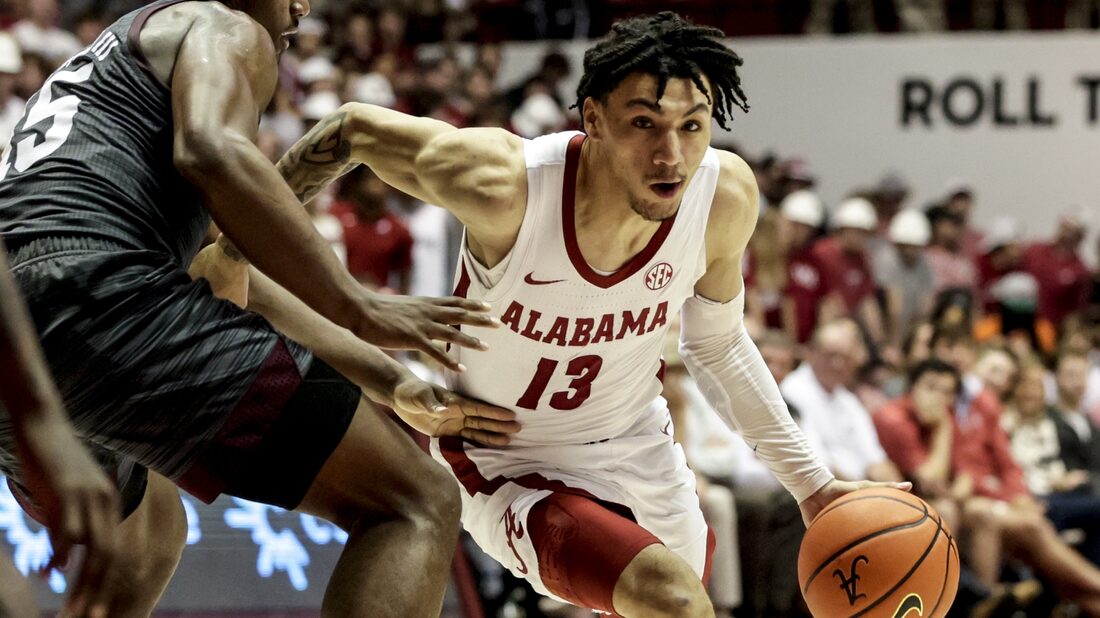 Villanova will look to conclude its regular-season schedule on a high note Saturday afternoon when it faces host Butler in Indianapolis.

The #11-ranked Wildcats (22-7, 15-4 Big East) already have clinched the second seed in the conference tournament. They defeated #9 Providence, the top team in the Big East, 76-74 on Tuesday.

Caleb Daniels led the way with 20 points off the bench, Eric Dixon added 15 and Collin Gillespie had 14 in the balanced effort.

Daniels provided a much-needed spark off the bench for the surging Wildcats.

“Caleb’s a starter for us,” Villanova head coach Jay Wright said. “We know that. He plays as many minutes as any of the starters, and we’ve got great confidence in him. He’s a really confident offensive player and a really underrated defensive player.”

Daniels made four clutch free throws in the final nine seconds to help seal the victory.

“That’s just being confident and stepping up for my teammates,” Daniels said. “Guys have been making plays the whole game and those are the moments where I just have to step up and make those plays, whether it’s making a free throw, making a shot, getting a rebound, getting a stop.”

Gillespie, a National Player of the Year candidate, added five assists, four rebounds and no turnovers in 37 minutes against Providence.

“That’s what the Big East is about,” Gillespie said. “Every game is always a battle, it’s always intense.”

Butler will hope to avoid a fifth straight loss in its regular-season finale on Saturday.

Despite the string of losses, Butler remains focused on competing.

“Our guys have big hearts,” Bulldogs head coach LaVall Jordan said. “They’ve got belief in each other. They’re doing Butler as we want them to do.”

Butler held an early nine-point lead before struggling with its shot selection and committed costly turnovers. That has been the Bulldogs’ recipe for losing during this latest skid.

“Like every other game, we’re going to come out and play hard no matter who it is,” Nze said. “The season is still going on. We’re not gonna lay down and let teams do anything they want against us. We’re still gonna come out and compete.”

Bo Hodges, who has been limited to just 14 games this season, also provided a lift with nine points and seven rebounds.

Had Butler been able to utilize a healthy Hodges all season, its record might be different.

“We’d love to have had him for the entire time he’s been here,” Jordan said of Hodges. “We haven’t seen Bo until now, really, to be honest. And he’s a competitor. He believes in the guys in the locker room, and they believe in him.”