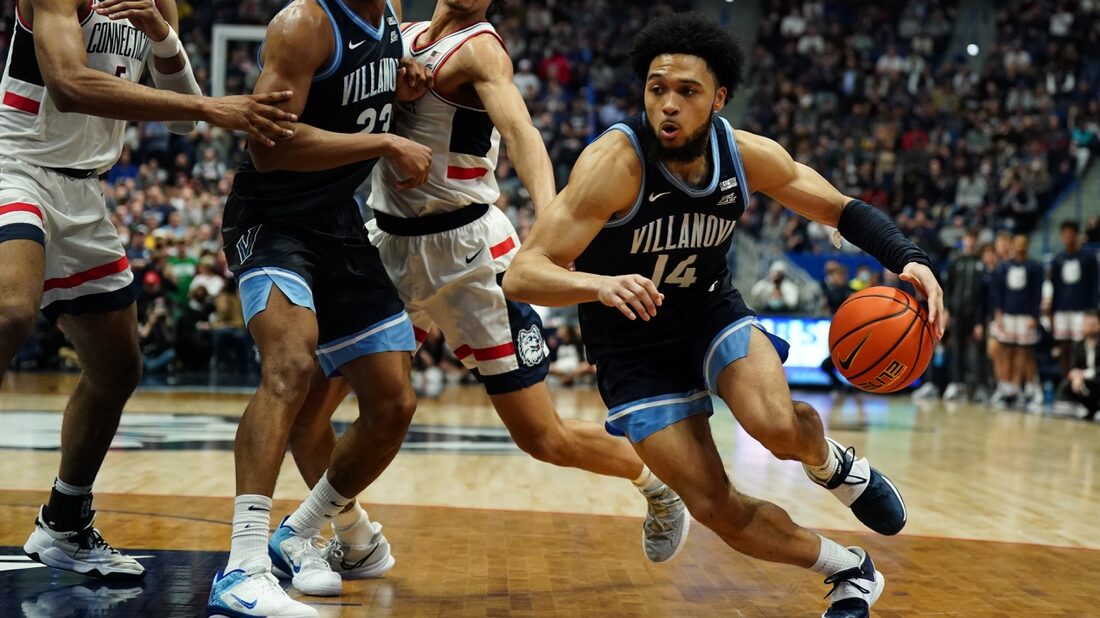 Caleb Daniels and Collin Gillespie had 11 each for the Wildcats (23-7, 16-4 Big East), who already had clinched the #2 seed in the upcoming Big East conference tournament. Jordan Longino also scored 10 and reached double figures for the first time in his career.

The Bulldogs, who shot just 5 of 25 from beyond the 3-point arc, finished the regular season with a five-game losing streak.

Longino dropped in consecutive 3-pointers and Villanova went ahead 23-4 with 10:51 left in the first half. The second trey capped a 20-1 run for the Wildcats.

Butler went more than six minutes without a field goal.

Samuels drove to the basket and threw down a one-handed dunk for a 25-9 advantage with 8:35 remaining.

Harris was 4 of 6 from the field, but the rest of the Bulldogs struggled mightily (6 of 23) and trailed 32-15 with less than four minutes to go in the first half. The frustration became evident as usually mild-mannered Butler head coach LaVall Jordan was whistled for a rare technical foul.

Villanova led 38-24 at halftime thanks in large part to Samuels&rsquor; 11 points.

Brandon Slater and Moore hit consecutive shots on the Wildcats&rsquor; first two possessions of the second half as they quickly extended their lead to 18.

Hodges finally snapped a cold shooting streak with a layup.

Villanova tightened defensively and moved ahead 54-30 when Chris Arcidiacono dropped in two free throws with 12:09 left.

Butler continued to misfire while Slater and Gillespie knocked down 3-pointers and the Wildcats led 60-32.

Villanova breezed to the victory from there.