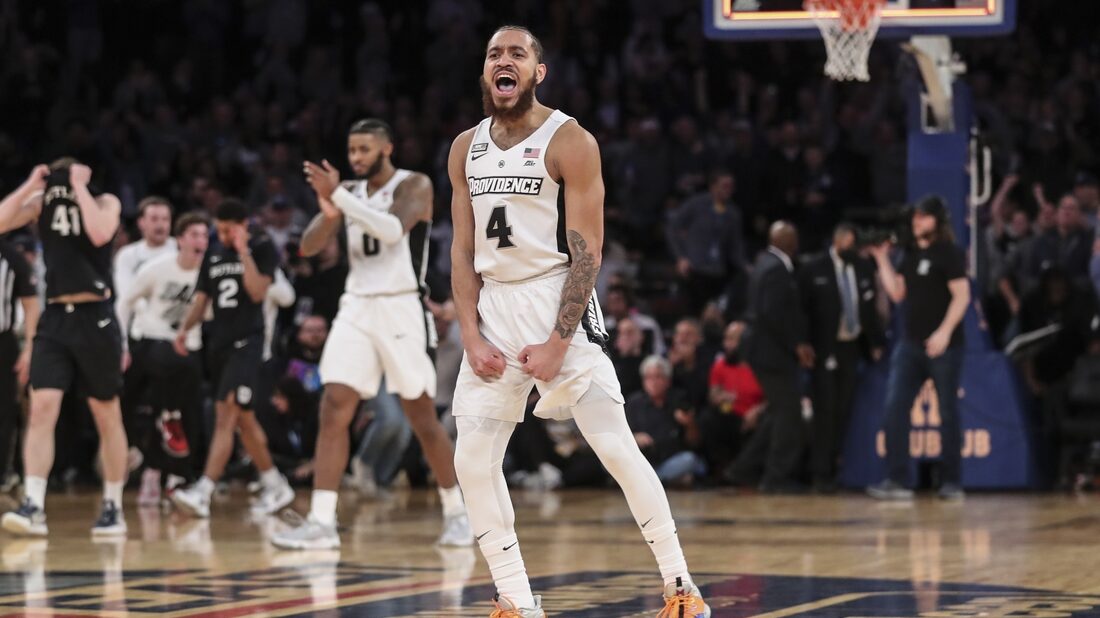 #11 Providence and Creighton square off for the second time in less than two weeks Friday night in a semifinal of the Big East tournament in New York.

The teams only met once this season, Feb. 26, and Providence routed visiting Creighton 72-51 to clinch its first regular-season title in program history. The Friars limited the Bluejays to a season-low 30.5 percent shooting along with 19.2 percent from 3-point range that night.

“We played them on a night when I’m not sure the Golden State Warriors could have went in there and won that night,” Creighton coach Greg McDermott said of that game. “That place was electric. And the town was rocking. And they kind of pounced on us late in that first half. We weren’t really able to get our footing. But we’re just excited about the opportunity to play again.”

Another scheduled game between the two teams in Omaha, Neb., was canceled because of a COVID pause in Providence’s program in January.

Providence reached the semis with a 65-61 comeback victory over ninth-seeded Butler Thursday. The Friars shot 37 percent from the field and 24 percent from beyond the arc.

“We definitely showed some rust not playing over the last nine days,” coach Ed Cooley said of his team, whose previous game was a loss at #8 Villanova on March 1.

“This is the most zone we’ve played probably all year with that foul trouble,” Cooley said. “And it’s a credit to the players, I mean adjusting to it.”

Creighton held the Golden Eagles to 39.7 percent shooting in its 74-63 win. McDermott credited his players with adjusting to Marquette’s smaller lineup, including having 7-1 Ryan Kalkbrenner defending 6-7 Justin Lewis sometimes.

“I thought we got better at defending that small lineup as time went on,” McDermott said. “And it’s a hard lineup for us. Justin Lewis is a pro. I’ve got to put my center on him, Kalkbrenner. And we switched some screens and they took advantage of us getting to the basket, hit a couple of 3s. I thought late in the game we adjusted to that much better.”

It will be a different kind of matchup against Providence, which likes to dump the ball down inside to 6-10 graduate student center Nate Watson. He scored 26 points against Butler despite missing four key free throws down the stretch. He will pose a more height-appropriate matchup for Kalkbrenner, who had 14 points and nine rebounds Thursday.

Trey Alexander, who has taken over as Creighton’s point guard in the absence of Big East Freshman of the Year Ryan Nembhard (fractured wrist), had 11 points, eight assists and four turnovers against Marquette.

McDermott said, “(I’m) really proud of our team, what they’ve done since Nembhard went down, winning three out of five games.”