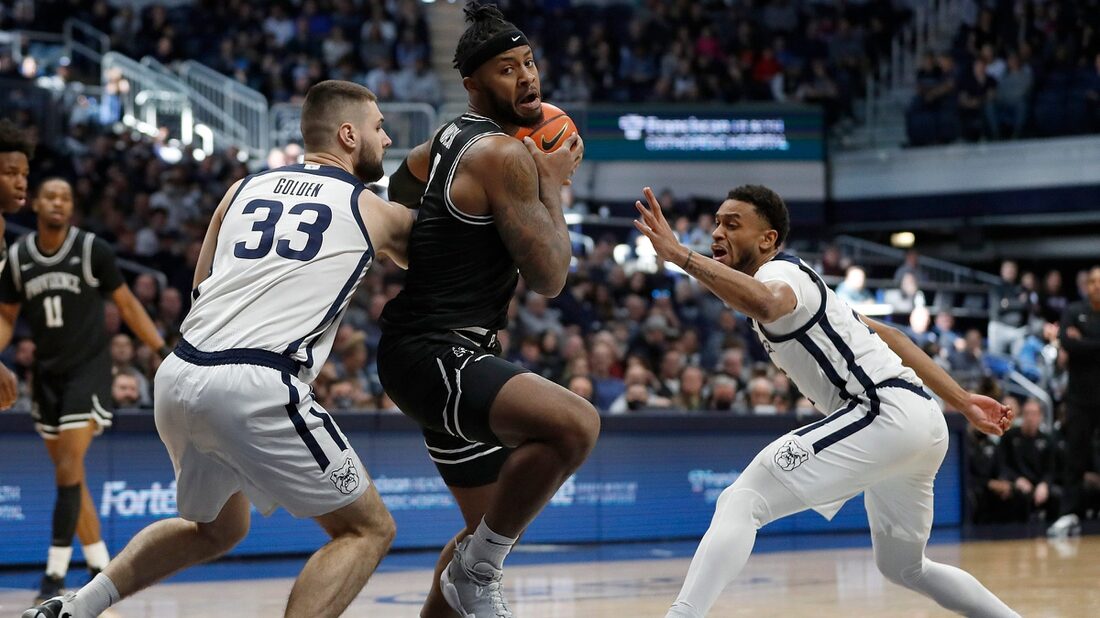 The top-seeded Friars (24-4) will face another team that knows something about good fortune when they play ninth-seeded Butler (14-18) in a Big East tournament quarterfinal on Thursday in New York.

Butler, which came to New York on a five-game losing streak, upended Xavier 89-82 in overtime on Wednesday. The result was big considering that the Musketeers had swept the Bulldogs during the regular season and were fighting for an NCAA Tournament at-large bid.

Xavier melted down in the final minute of regulation, blowing a four-point lead in the final 30 seconds. That included apparently committing a foul on purpose that enabled Butler’s Simas Lukosius, who scored 27 points, to sink the tying foul shots with four seconds remaining in the second half.

“Our guys did a great job keeping their composure,” Butler coach LaVall Jordan said. “I told them in the locker room afterwards, (I’m) most proud we kept our composure all the way throughout, with the runs, with the swings, missing some open shots. I thought we had great mindset and good behavior (and) responded at every turn.”

It didn’t hurt that Xavier missed 6 of 7 free throws in the final minute of regulation and went 13-for-29 from the line for the game. But credit the Bulldogs for taking advantage, even with their leading scorer Chuck Harris (29 points) missing the entire overtime after fouling out. Butler’s Bryce Nze chipped in with 15 points and 15 rebounds.

“We’ve been through so many battles this year on the national stage,” Harris said, “so it was just really another game for us.”

Providence will be a different kind of challenge, although the Bulldogs played them tough in losing to them twice, by seven and by one in overtime. In the latter game, Butler squandered a 19-point, second-half lead at home on Feb. 20.

Providence will be rested, not having played since a 76-74 loss at then-#11 Villanova on March 1.

Cooley, the Big East Coach of the Year, was asked about the status of Al Durham (13.3 points per game), who missed the second Butler game because of a sports hernia that has been plaguing him for over a month.

“I expect him to be a full go on Thursday,” Cooley said. “He’s just fighting through a really nagging injury.”

Cooley added, “Don’t forget, we’re coming off a really excruciating loss to Villanova. Our goal is not to lose back-to-back games.”

Providence (14-3 Big East) had road games against Seton Hall and Creighton and a home game against UConn canceled because of a January COVID pause. All of those opponents are considered to be safely in the NCAA field. That led to the Friars playing only 17 league games and winning the title by percentage points over Villanova (16-4 Big East).

Wildcats fans held up signs with asterisks during last week’s game, referring to the disputed title.

“I feel like even though we’re a #1 seed,” Providence’s A.J. Reeves said, “people still view us as lucky or (that) we shouldn’t be there. We’ve got a lot to prove to everybody and to ourselves.”