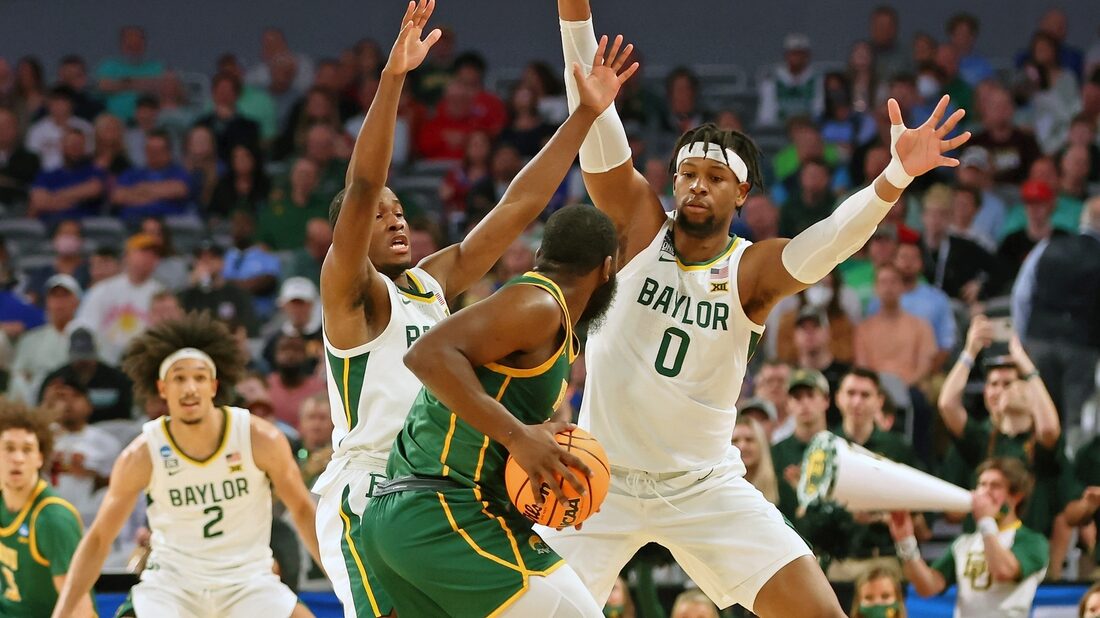 Baylor is looking to be the first repeat champs since Florida in 2006-07.

Jeremy Sochan added 15 points for Baylor (27-7), with Flo Thamba adding 14, Adam Flagler hitting for 11, and James Akinjo racking up 10 points and 10 assists in the win. The Bears set their largest margin of victory in the NCAA Tournament.

“The credit goes to the staff — it really prepared the guys, and the players had a great job executing the game plan,” Baylor coach Scott Drew said after the game. “James (Akinjo) really did a great job moving the ball, and we took high percentage shots, and then we’re able to get some separation. We were focused and ready to go. It’s great to see.”

Baylor’s leading scorer, LJ Cryer, did not play Thursday and will be out for the first weekend of the NCAA tournament with a foot injury. Cryer has now missed 12 of past 13 games for the Bears.

Norfolk State, which won both the MEAC regular-season title and the postseason tournament, played without Jalen Hawkins, its second-leading scorer, in the first half because of a violation of team rules.

The Bears pulled away in the early minutes, forging a nine-point lead five minutes into the game that eventually stretched to 27-10 via a 9-0 capped by a 3-pointer by Akinjo at the 10:47 mark of the first half.

Baylor led by as many as 19 points in the half before settling for a 43-27 advantage at the break.

The Bears outshot Norfolk State 55.6 percent to 33.3 percent, forced seven turnovers that Baylor turned into 12 points and had 11 fast-break points over the first 20 minutes.

Mayer, with 10 points, was the only player to reach double-figure scoring from either team in the first half. All seven Baylor players that saw the court scored and had at least one assist, as 14 of the Bears’ 15 made baskets were assisted on.

The Braves never got closer than 13 points in the second half, as Baylor poured it on. The Bears built their advantage to 67-39 on Flagler’s 3-pointer with 7:58 remaining and cruised to the finish line.