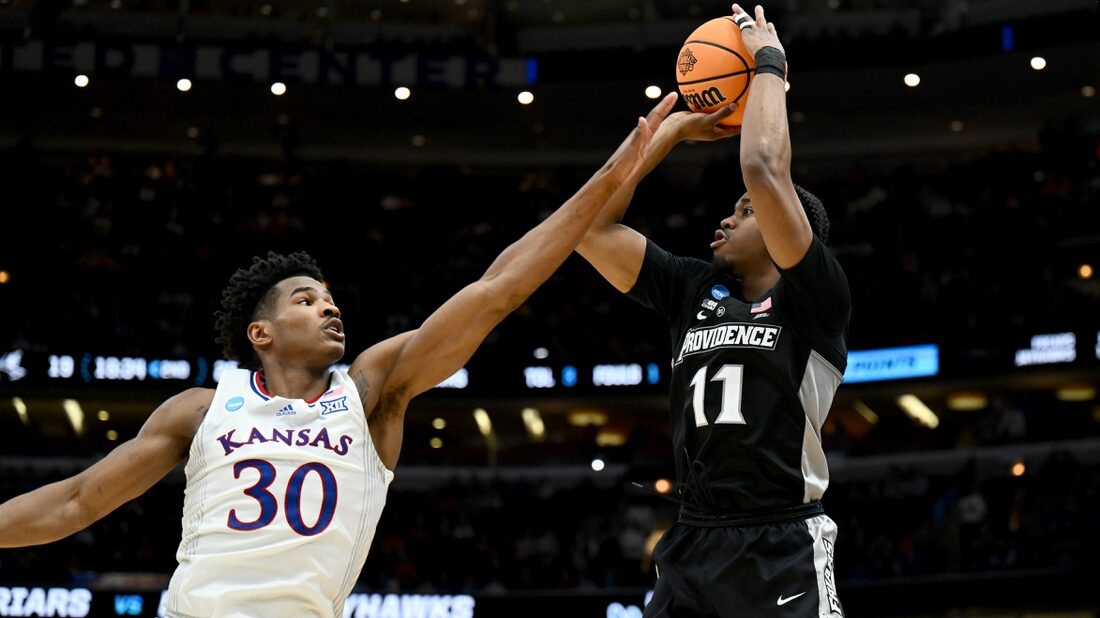 Kansas (31-6) advances to meet the winner of Friday’s second semifinal between 10th-seeded Miami and 11th-seeded Iowa State in the regional final on Sunday afternoon. The victory was #2,534 in Kansas program history, snapping a tie with Kentucky for the most in college basketball.

The Jayhawks responded with a 7-0 run to regain control, holding off the Friars to move on to the school’s first Elite Eight since 2018.

Al Durham paced Providence with 21 points to go with seven rebounds, while Horchler contributed 10 points and eight boards. The Friars shot 48.5 percent in the second half but 33.8 percent for the game. Kansas finished at 39.3 percent from the floor, including 2-for-14 from 3-point range, while boasting a 43-38 rebounding edge.

Kansas went into the locker room with a 26-17 halftime lead, overcoming 35.3 percent shooting by forcing the Friars into a 20 percent showing from the field, including 1-for-13 struggles from long range. It was Providence’s lowest-scoring half in an NCAA Tournament game and the program’s lowest-scoring half, period, since 1966.

Durham drilled Providence’s first trey of the night with 1:55 remaining before halftime. The Jayhawks managed just four points over the last 4 1/2 minutes of the half but still were up by nine at the break.

While the Jayhawks were just 2-for-10 from 3-point range in the first 20 minutes, they created distance behind the latest star turn from Martin. With the rest of his teammates shooting 6-for-25 in the first half, the former Arizona State point guard was 6-for-9 and scored 13 points.