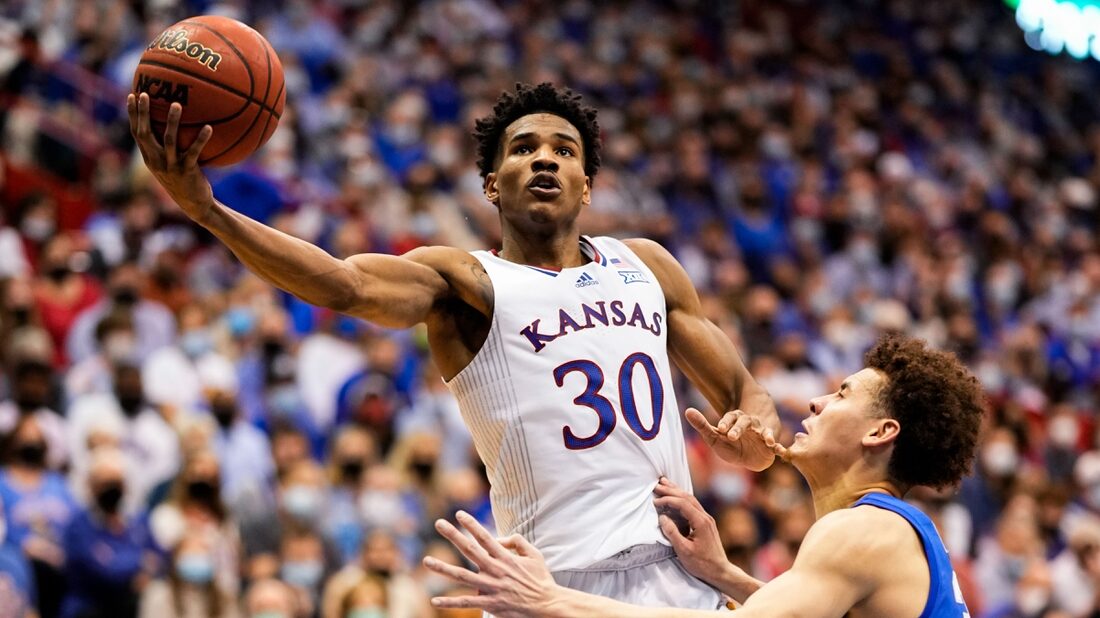 Kansas appears to have strengthened its resolve, and at the perfect time, after stumbling down the stretch and sharing the Big 12 regular-season championship.

An impressive three-game run to capture the conference tournament propelled the Jayhawks (28-6) to a #1 seed in the NCAA Tournament for the 15th time in history. The top spot in the Midwest Region went to a program in its 50th overall NCAA Tournament appearance, including a record 32 consecutive.

If anyone treasures the proud Kansas history, it’s Bill Self. The veteran coach acknowledged the effort behind gaining a top seed, then downplayed his team’s role as favorite. The Jayhawks open Thursday at Fort Worth, Texas, against #16 seed Texas Southern (19-12).

“That’s pretty good, pretty strong,” Self said. “Although seeds don’t matter, once you get them you’ve got to go play.”

Kansas is a consensus 21.5-point favorite across major regulated sportsbooks, with the line settling at 22.5 at FanDuel on Thursday as the Jayhawks had been backed by 63 percent of the spread bets and 67 percent of the handle.

Kansas didn’t learn of its opponent until Tuesday’s opening First Four game was complete, with Self estimating his players will total roughly one day of practice to specifically work on what Texas Southern has to offer. The action has also been one-sided towards the Jayhawks at BetMGM, DraftKings and PointsBet.

Among #1 seeds, Kansas joined Baylor (East), the co-recipient of the Big 12 regular-season title. The other top seeds are Gonzaga (West) and Arizona (South).

“It’s human to look at the entire bracket, no question,” Self said. “Bottom line is, I’m looking at (Texas Southern) and San Diego State and Creighton. Next week we’ll go on to another two-day tournament.”

Jayhawks guard Remy Martin, an Arizona State transfer who was named the Big 12 preseason player of the year, is playing his most meaningful minutes since recovering from a nagging knee strain.

Martin is a speedy catalyst capable of providing more scoring punch, and with more experience, than starter Dajuan Harris Jr., who leads Kansas in assists (4.3).

“I just love this month,” Martin said. “This month is for champions, and I enjoy being out there on the biggest stage and playing with the Kansas uniform. I feel great.”

Kansas already features Ochai Agbji, who led the Big 12 in scoring with 19.7 points per game and was named the league’s player of the year. Agbji is being offered at +1700 by BetMGM to be voted the NCAA Tournament’s Most Outstanding Player and leads the sportsbook with 15.1 percent of the bets at the sportsbook.

Christian Braun (14.6 points) and Jalen Wilson (10.9 points) are overall threats who can score, crash the boards and distribute the ball.

David McCormack (10.1 points) has been dealing with a sore right foot and could play fewer minutes the first weekend, while Mitch Lightfoot (4.9 points) has a strained knee. Jeff Goodman reported Thursday that Lightfoot is a “true game-time decision.”

The NCAA appearance is the sixth in nine seasons for the Tigers, who used 55 bench points and a 45-37 rebounding advantage to recover from an eight-point deficit against Texas A&M-Corpus Christi.

“It’s exciting for us, exciting for our guys and our guys have earned the right to enjoy it,” Texas Southern coach Johnny Jones said.

Kansas stands at 14-0 all-time against #16 seeds in the NCAA Tournament, but Etienne was upbeat about the challenge.

“We’re men just like them,” Etienne said. “We put our shoes on like them, pants, shirt. It’s March Madness. So, madness can happen.”