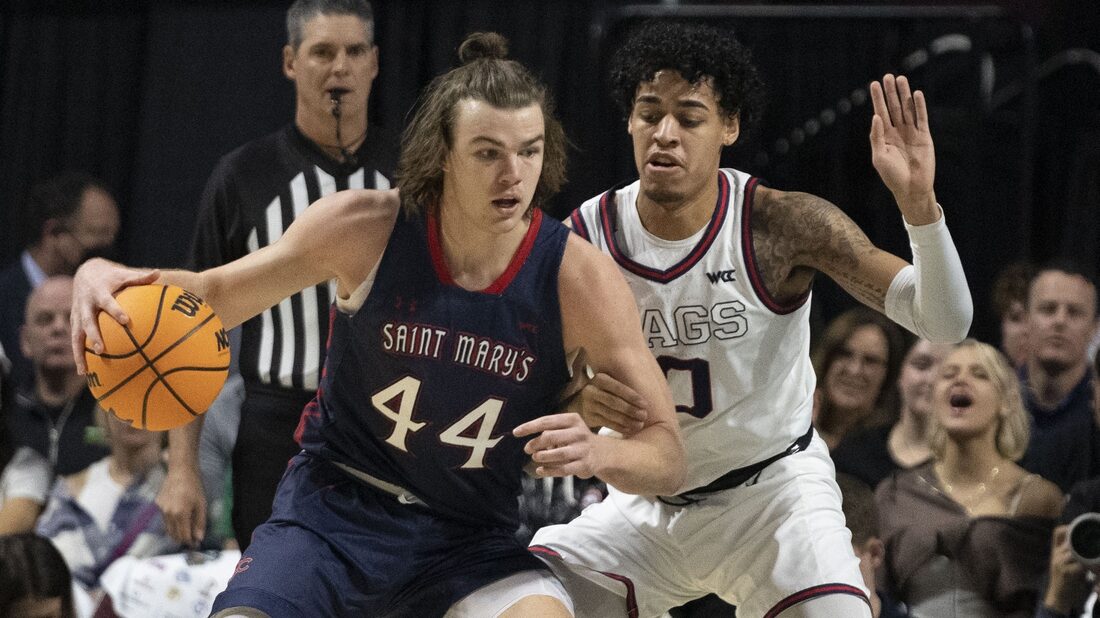 Andrew Nembhard recorded 19 points and seven assists as top-ranked Gonzaga notched an 82-69 victory over Saint Mary’s on Tuesday night in Las Vegas to win the West Coast Conference tournament title for the 19th time in the past 24 seasons.

The victory all but assures the Bulldogs (26-3) will be the #1 overall seed in the upcoming NCAA Tournament. Saint Mary’s (25-7) was being touted as a possible #6 seed prior to losing to Gonzaga for the second time in three meetings this season.

Logan Johnson scored 21 points for the Gaels, who played in the conference title for the fifth time in seven seasons.

Gonzaga shot 57.7 percent from the field, including 8 of 16 from 3-point range. The Bulldogs made their final 11 shots of the game.

The Gaels made 47.4 percent of their shots and were 5 of 16 from behind the arc.

Gonzaga led by four when Holmgren was called for his fourth foul — he pushed off while dribbling — and headed to the bench with 8:27 left. But the lead grew to 10 during the 6:03 without him on the floor.

Nearly two minutes later, Bolton buried a 3-pointer to give the Bulldogs a 61-54 lead. After Kuhse split two three throws, Bolton converted a three-point play to make it 64-55 with 5:46 left and then split a pair to make it a 10-point margin with 4:44 left.

Nemhard knocked down two 3-pointers in a 40-second span to push Gonzaga’s lead to 71-59 with 3:37 remaining. Nembhard drove through the lane for another hoop to restore the 12-point margin with 2:46 remaining.

Consecutive dunks by Holmgren and Watson pushed the lead to 14 in the final minute as the Bulldogs closed it out.