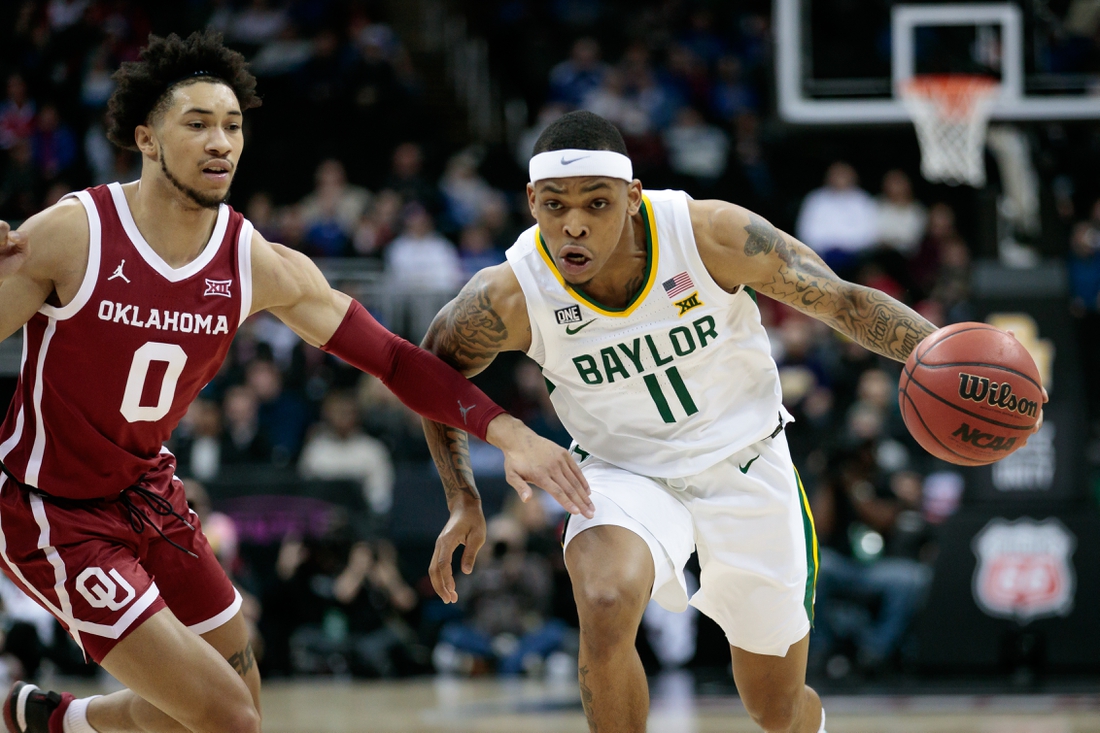 Top-seeded Baylor will look to become the first repeat national champion since 2007 when it begins NCAA Tournament play against Norfolk State on Thursday afternoon in an East Regional first-round game in Fort Worth, Texas.

The winner will face either #8 seed North Carolina or #9 Marquette on Saturday.

Baylor is a massive 20.5-point favorite at FanDuel despite being without leading scorer LJ Cryer, who is continuing to recover from a right ankle injury. That has contributed to Norfolk State being backed by 65 percent of the bets and 73 percent of the spread-line handle at the sportsbook.

The 20.5-point line has also held steady at BetMGM, where the action has been more split with Baylor backed by 43 and 46 percent, respectively.

The Bears (26-6) earned a #1 seed in the tournament for the second straight year after sharing the Big 12 regular-season title. Baylor lost to Oklahoma in the Big 12 tournament quarterfinals, which snapped a five-game winning streak.

But the Bears’ body of work throughout the season — which included a 9-4 record against teams playing in the NCAA Tournament — was more than enough to keep them on the top line.

“The guys worked really hard to make that happen, getting a #1 seed two years in a row,” Baylor coach Scott Drew said. “And with the COVID year (2020), we were set to be a #1 seed. That would have been three times in a row, and that’s really rare air.

“It’s a great accomplishment for what the guys have worked hard to achieve. The perks of that are playing in Fort Worth, so really excited about that.”

Baylor has been hampered with injuries throughout the second half of the season that forced it into a short bench for most of the conference campaign, so much so that Drew said the early exit from the Big 12 tourney could be a blessing for the Bears.

“Anytime you lose, it’s a chance to hit the reset button,” Drew said. “It refocuses everyone. Nobody likes the feeling of losing. From that, the players are going to practice harder, the coaches are going to be more dialed-in. I think we’ll be ready to put our best foot forward come tournament time.”

Norfolk State (24-6) earned an automatic bid into the NCAA Tournament by winning the MEAC tournament final over Coppin State on Saturday. The Spartans have won nine of their past 10 games and also won the MEAC’s regular-season title.

The Spartans are led by the guard tandem of Joe Bryant Jr. and Jalen Hawkins. Bryant was the MEAC player of the year.

“We haven’t even talked about Baylor being defending national champs — we just say that we’ve got to try to win a game on Thursday no matter who we play,” Norfolk State coach Robert Jones said. “I just told the guys we’re packing until Sunday. We don’t have any intentions of coming back home Thursday.”

This will mark Norfolk State’s second straight NCAA Tournament appearance as a Division I program, following last year’s appearance when it won a First Four matchup against Appalachian State before losing to Gonzaga.

It’s the third appearance in the Big Dance overall for the Spartans. In 2012 they upset #2-seed Missouri in their first game.