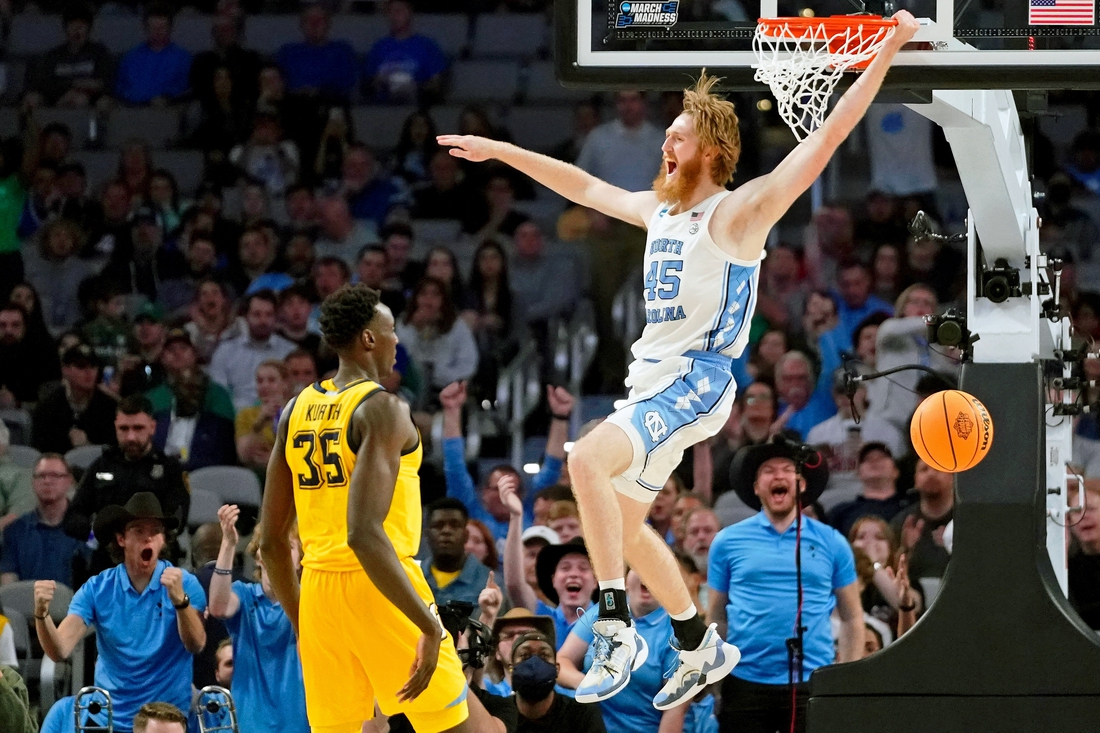 Baylor has put an emphasis on coming out with fast starts to games after seeing the fallout when that doesn’t happen.

While that’s a priority for the Bears, it might be heightened after seeing what North Carolina did early in its first-round game of the NCAA Tournament.

Now the teams clash in the second round Saturday at Fort Worth, Texas.

Both teams were strong from the start in turning in routs on Thursday. Baylor, which is the top seed in the East Region, destroyed Norfolk State 85-49 before eighth-seeded North Carolina rolled past Marquette 95-63 — the largest margin ever in a #8 vs. #9 seed.

Baylor (27-6) has won six of its past seven games, the only loss coming against Oklahoma in the Big 12 Conference tournament quarterfinals.

“I think that was a conscious effort of everybody to come out and be a lot more aggressive both halves,” Baylor coach Scott Drew said. “We did that and set the tone early.”

North Carolina (25-9) has won seven of its past eight games. The Tar Heels no longer look like the NCAA Tournament bubble team from late February.

“We packed five outfits and we didn’t want to go home early,” North Carolina forward Armando Bacot said after Thursday’s game. “So we decided to go out there and fight and listen to the game plan and do everything that we’re supposed to do and we knew we would get this outcome.”

North Carolina coach Hubert Davis has one coaching victory to his credit in the NCAA Tournament. But he was a Tar Heels assistant coach in two national championship games — the Tar Heels won one of them — and he has been in a similar situation as a player as well.

When Davis was a North Carolina sophomore in 1990, the Tar Heels held a #8 regional seed and knocked off top-seeded Oklahoma in Austin, Texas.

On Thursday, Baylor’s big boost in the first round largely came from a career-high 22 points from senior Matthew Mayer.

“I’ve been in a little bit of a slump,” Mayer said. “And my teammates were finding me.”

While the Bears faced a zone from Norfolk State, North Carolina is bound to use man-to-man defense.

“Now it’s all about preparing, getting ready and making sure we’re in the best shape possible for the next game,” Drew said.

North Carolina connected on 13 shots from 3-point range against Marquette, setting a school record for an NCAA Tournament game.

“You get guys that are threats on the floor and it really spaces out for everybody else,” North Carolina forward Brady Manek said. “And I’m fortunate enough to be able to play with guards that like throwing me the ball.”

Playing in its home state, Baylor is bound to have a sizable fan advantage. North Carolina, however, pulled off an upset in its regular-season finale at Duke, so the Tar Heels are equipped to handle hostile environments.

North Carolina is 8-7 all-time in NCAA Tournament games in Texas.

“It will be an extremely tough challenge for us,” Davis said. “But we’re excited to have the opportunity to do that.”

This will be the first meeting ever between Baylor and North Carolina.