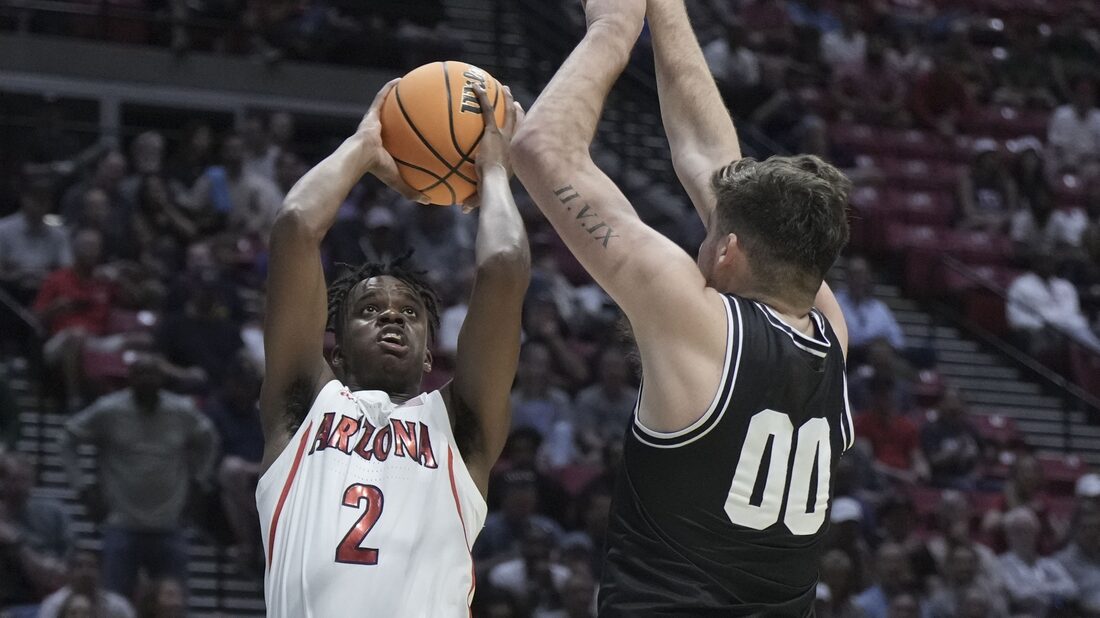 Bennedict Mathurin scored a team-best 18 points and Dalen Terry added 16 points and seven rebounds for the Wildcats, who will face either eighth-seeded Seton Hall or ninth-seeded TCU in Sunday’s second round.

Azuolas Tubelis had 13 points and Pelle Larsson added 11 for Arizona (32-3), which overcame 19 turnovers during the wire-to-wire victory.

“I think they were fine,” Arizona coach Tommy Lloyd said of his players to truTV. “Wright State is a good team and they have a lot of pride and they have no quit in them. We had them on the ropes a couple times and they battled back.”

Kerr Kriisa (ankle) missed his third straight game for Arizona.
The Wildcats shot 55 percent from the field, including 11 of 20 from 3-point range. Arizona held a 46-25 rebounding edge to offset their turnovers. The Pirates lost the ball just six times.

Wright State made just 34.8 percent of its shots and was 9 of 25 from behind the arc.

Arizona led by 11 at the break, but Wright State pulled within 49-42 on Basile’s three-point play with 16:38 left in the contest.

Basile scored on the inside to keep the Pirates within eight with 15:16 to go, before the Wildcats scored the next 12 points. Koloko capped the burst with two free throws to make it 64-44 with 11:37 remaining.

That surge squashed any chance of Wright State making it a game down the stretch. Arizona’s lead topped out at 21 points.

Calvin kept the Pirates in range with his 14-point first half, which ended with the Wildcats leading 42-31.

Arizona started fast and held a 21-7 advantage after a 3-pointer by Larsson with 13:22 left.

Wright State cut its deficit to 23-15 on a 3-pointer by Calvin with 10:58 remaining. The Wildcats went on another surge to increase their lead to 16 but missed their final six shots while going scoreless over the final 3:50 of the half.

“I think they were fine,” Arizona coach Tommy Lloyd said of his players to truTV. “Wright State is a good team and they have a lot of pride and they have no quit in them. We had them on the ropes a couple times and they battled back.”