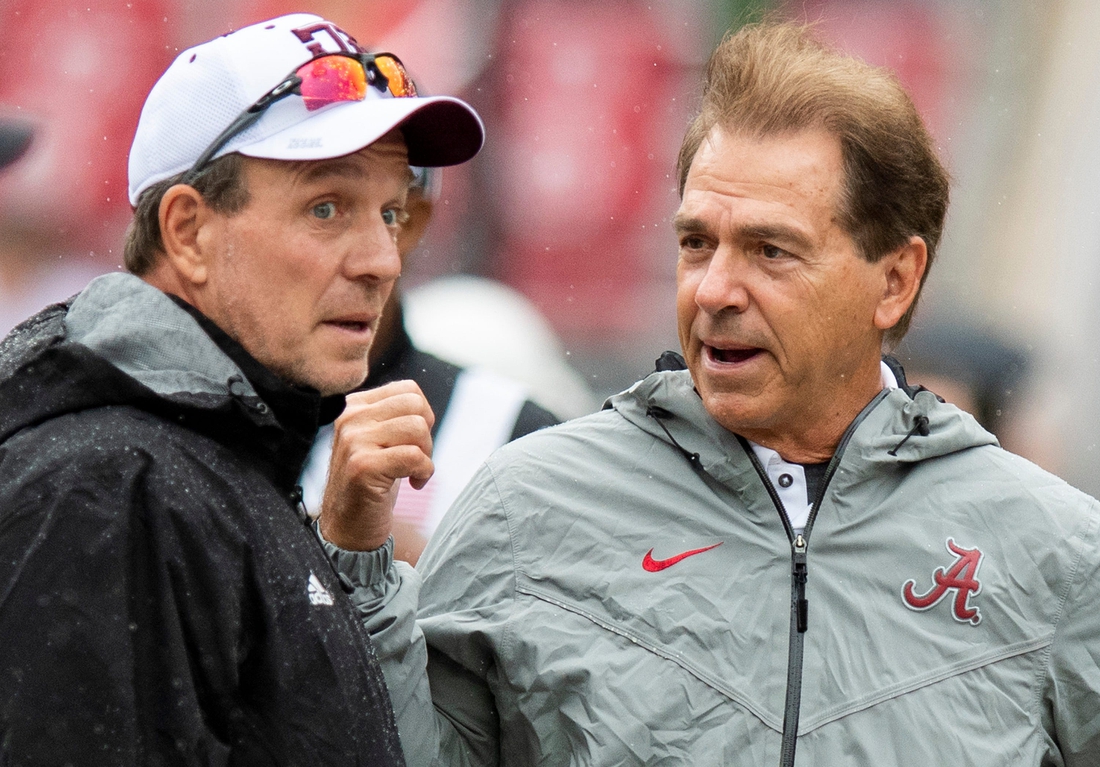 Alabama coach Nick Saban called out Texas A&M and two other schools during a speech for leveraging name, image and likeness (NIL) deals to attract players, adding that the Aggies “bought every player on their team.”

Saban’s incendiary comments came Wednesday night during an event with more than 100 business leaders in Birmingham, Ala.

Saban made the comments to point out that the wild-west nature of NIL deals for players is not sustainable. And he took aim at Texas A&M’s recruiting class, ranked #1 in the country.

“I know the consequence is going to be difficult for the people who are spending tons of money to get players,” Saban said at an event for July’s World Games in Birmingham. “We were second in recruiting last year. A&M was first. A&M bought every player on their team. Made a deal for name, image and likeness.

“We didn’t buy one player, all right? But I don’t know if we’re going to be able to sustain that in the future, because more and more people are doing it. It’s tough.”

“Some people think they’re God,” Fisher said. “Go dig into how God did his deal, you may find out about a lot of things that you don’t want to know. We build him up to be the czar of college football. Go dig into his past.

“Hell, read about it in the paper. Jackson State paid a guy $1 million last year that was a really good Division I player to come to the school,” Saban said, referring to five-star prospect Travis Hunter who flipped from Florida State to the HBCU school coached by Deion Sanders.

“It was in the paper, and they bragged about it. Nobody did anything about it. I mean, these guys at Miami that are going to play basketball there for $400,000, it’s in the newspaper. The guy tells you how he’s doing it.”

Saban was referring to Nijel Pack, who transferred from Kansas State to Miami and then inked a $400,000 NIL deal with LifeWallet.