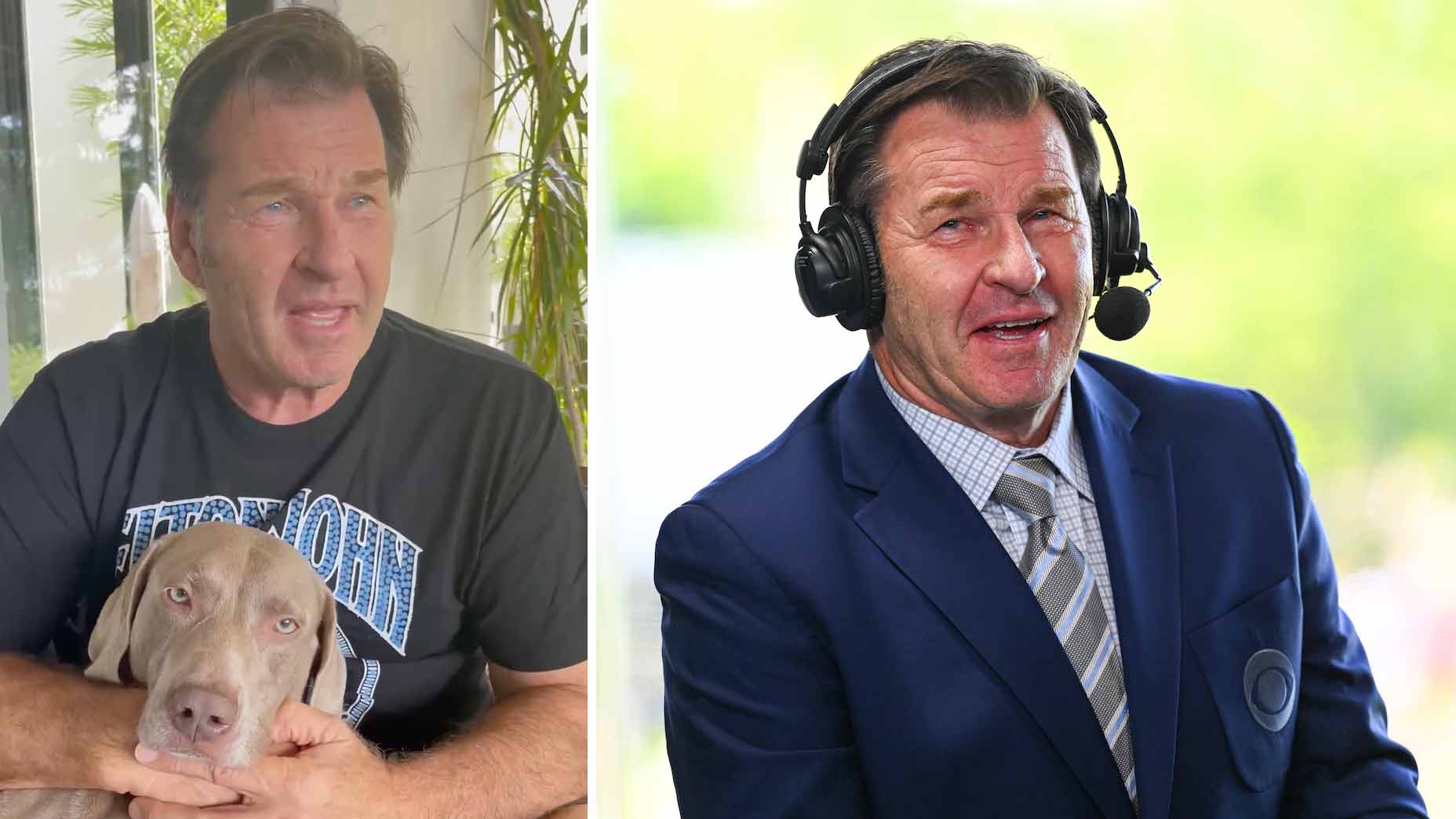 Nick Faldo, six-time major champ and lead analyst for CBS’ golf coverage, announced last week that he’s stepping away at the end of the season. That announcement inspired a flurry of speculation that Faldo was actually about to announce his commitment to broadcast for LIV. But on Monday, with his dog London as witness, Faldo made it clear that isn’t the case.

“One little thing that’s been talked about a lot is of course the 54 tour,” Faldo said, referring to LIV. “And I thought I would just say, No. 1, I am retiring because of travel, I don’t want to travel. No. 2, if I do call anything, I would like to call championship golf. And No. 3, do you think Greg [Norman] wants to see my boat race — my face — around for about 10 weeks a year or more? I don’t think so, so I’ll give you that clue.”