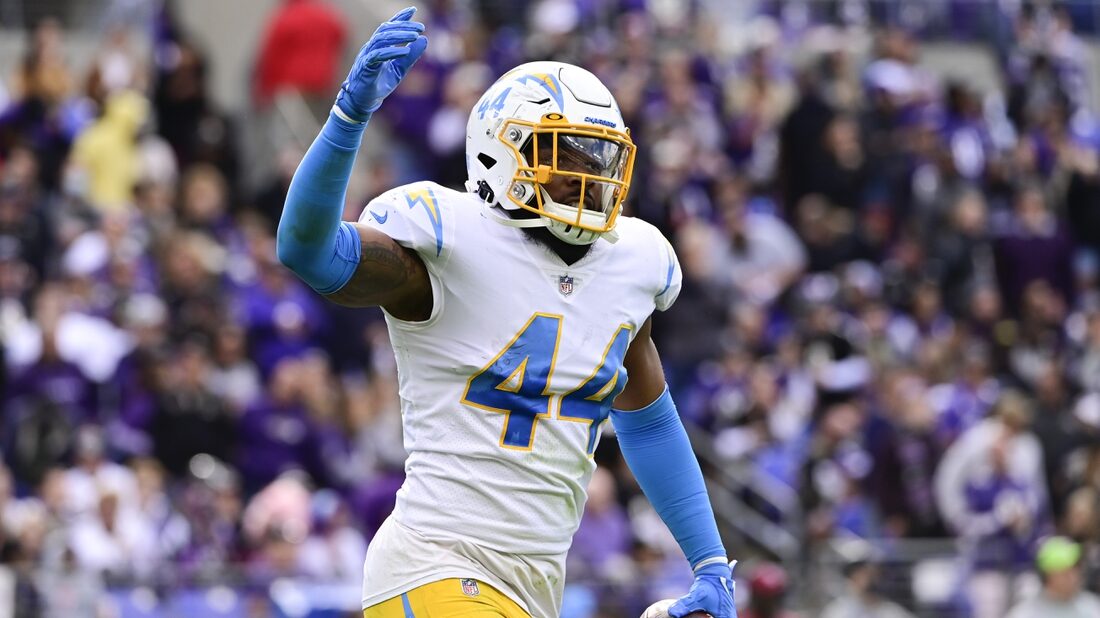 The Philadelphia Eagles announced the signing of linebacker Kyzir White to a one-year contract on Saturday.

Financial terms were not disclosed, but NFL Network reported the deal was worth up to $5 million.

White, 26, has played the past four seasons with the Los Angeles Chargers, who selected him in the fourth round of the 2018 NFL Draft.

He started all 17 games last season and finished eighth in the NFL with a career-high 144 tackles. He has recorded 278 tackles, four interceptions and 1.5 sacks in 47 career games (37 starts).

He played in 40 games (two starts) in three seasons with the Raiders, tallying 38 tackles and two quarterback hits.