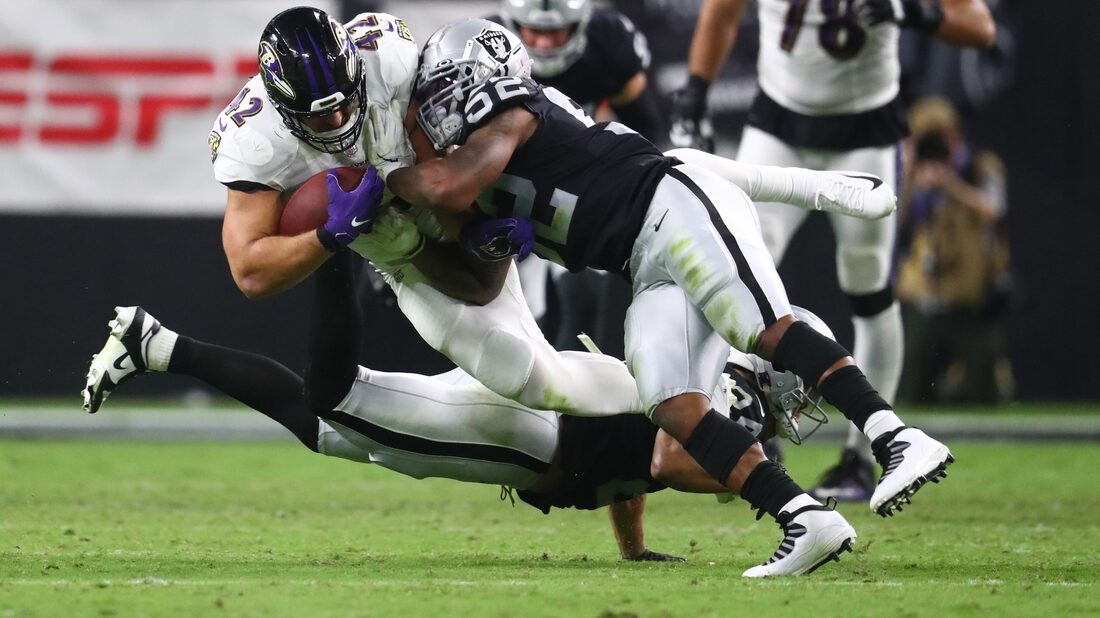 The team didn’t announce terms but it’s reportedly worth $4 million, plus incentives, per season. It keeps Ricard as the second-highest paid fullback in the league behind San Francisco’s Kyle Juszczyk.

“Pat Ricard is an important cog in our offense and the type of player we always seek to retain,” Ravens general manager Eric DeCosta said in a statement. “We admire his unique skills and the physical presence he brings to the Ravens and look forward to three more years of Project Pat.”

Ricard plays all over the field, lining up in the backfield and as a tight end. He caught eight passes and a touchdown in 13 games (11 starts) in 2021. But it’s his blocking that has earned him Pro Bowl honors the past three seasons.

He signed with Baltimore as an undrafted free agent in May 2017.

Barkley, 31, spent three seasons in Buffalo from 2018-20. He spent time with the Tennessee Titans, Carolina Panthers and Atlanta Falcons in 2021.

In his previous tenure with the Bills, Barkley played in eight games and completed 53 of 97 passes for 788 yards and three touchdowns.

Veteran running back Duke Johnson also is headed to the Bills. ESPN reported.

Johnson, 28, was drafted by the Cleveland Browns in the third round in 2015 and also has spent time with the Houston Texans and Miami Dolphins. In 96 career games (21 starts), he has gained 5,131 yards from scrimmage and scored 23 touchdowns.

–The New York Giants signed running back Matt Breida to a free-agent deal, according to reports.

It’s a one-year deal, according to SNY.

Breida, 27, follows new head coach Brian Daboll from Buffalo to the Giants. He rushed for 125 yards and a touchdown in 2021 under Daboll’s system with the Bills. He appeared in nine games.

Breida spent his first three seasons in San Francisco, rushing for 1,902 yards and six TDs. He signed with the 49ers as an undrafted free agent in May 2017.

The move reunites him with new defensive coordinator Don “Wink” Martindale, with whom he worked in Baltimore.