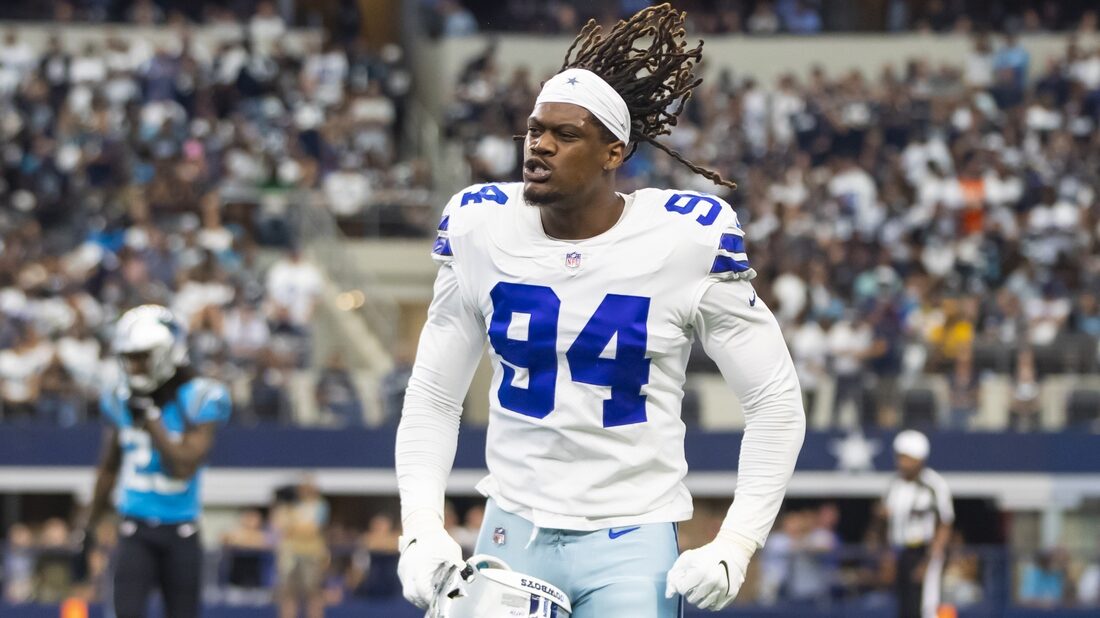 ESPN reported that $28 million is guaranteed.

The news comes one day after the Cowboys also agreed to a new deal with defensive end DeMarcus Lawrence.

Gregory, 29, tied his career high with six sacks last season despite playing in just 12 games (11 starts) in 2021. Gregory reportedly had knee surgery in January. He missed four games last season with a calf strain and another due to COVID-19.

Also on Tuesday, NFL Network reported the Cowboys are keeping safety Malik Hooker on a two-year deal worth $8 million.

Hooker, 25, had 44 tackles and one interception in 15 games (three starts) with the Cowboys last season.

–The Jacksonville Jaguars are releasing linebacker Myles Jack in a move that will save the team $8.35 million, ESPN reported.

The reported move comes one day after the Jaguars reached deals with six free agents, including Foye Oluokun on a reported three-year contract worth up to $46.5 million. Oluokun led the NFL in tackles last season with 192 while playing for the Atlanta Falcons.

–The Tennessee Titans will release cornerback Janoris Jenkins, ESPN and The Tennessean reported.

The move will save the Titans $6.9 million against the salary cap.

Chark, 25, made just seven catches for 154 yards and two touchdowns after being limited to four games last season with the Jaguars due to a broken ankle.

The 6-foot-4 wideout has 147 catches for 2,042 yards and 15 touchdowns in 43 career games since being selected by Jacksonville in the second round of the 2018 NFL Draft.

A four-time Pro Bowl selection and four-time first-team All-Pro, Hekker has averaged a robust 46.7 yards per punt in his career.