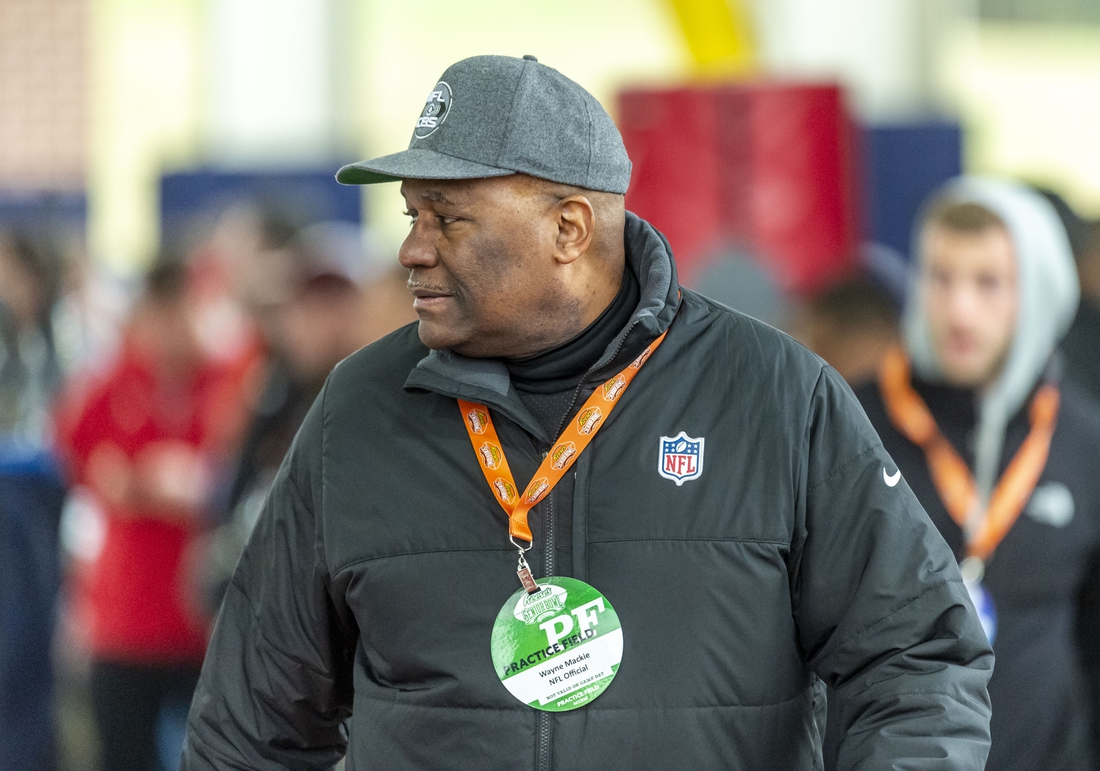 Mackie worked as an NFL official from 2007 until May 2017, according to his LinkedIn page. He was a head linesman and assigned to work Super Bowl 50 between the Denver Broncos and Carolina Panthers in 2016.

In all, he officiated eight playoff games during his career, including two conference championship games.

In June 2017, Mackie was promoted to the front office. He was in charge of the officiating evaluation and development program, managing the weekly evaluation process for on-field officials and overseeing the staff of officiating supervisors and trainers.

“Wayne was passionate about the NFL and spent each day making a positive impact on all of us individually and contributing to our collective success,” NFL commissioner Roger Goodell said in a statement. “Those who had the pleasure of knowing Wayne will forever remember his kindness, generosity and the genuine spirit he brought to all aspects of his life.

“The NFL has experienced an enormous loss — and we are deeply saddened. Our hearts are with Wayne’s family and loved ones during this tragic time.”

Before joining the NFL, Mackie was an official in the Mid-Eastern Athletic Conference, the Atlantic 10 and Big East. Off the field, he worked as director of operations for the New York City Department of Housing Preservation and Development from 1997-2017.

He was a graduate of Colgate.

In this article:Carolina Panthers, Denver Broncos