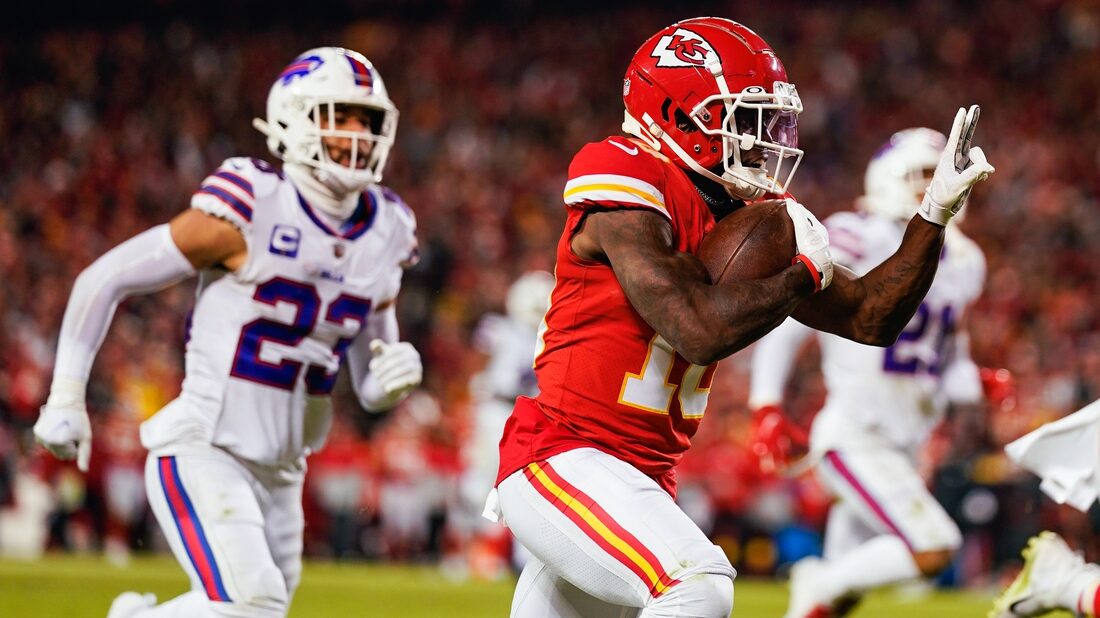 Executive vice president of football operations Troy Vincent was asked directly about the play during a rules committee meeting at the NFL annual meetings in Palm Beach, Fla. Vincent said there were four wrong calls — either called or not called — of 61 taunting penalties assessed over the course of the 2021 season.

And that was one.

“Tyreek was one that was missed,” Vincent said in response to the question. “That was a missed call, should’ve been called.”

And it was a huge non-call.

Hill took a pass from Chiefs quarterback Patrick Mahomes, scampering 64 yards for the score while flashing the peace sign to Bills defenders more than once. It gave the Chiefs a 33-29 lead with 1:02 remaining in the fourth quarter.