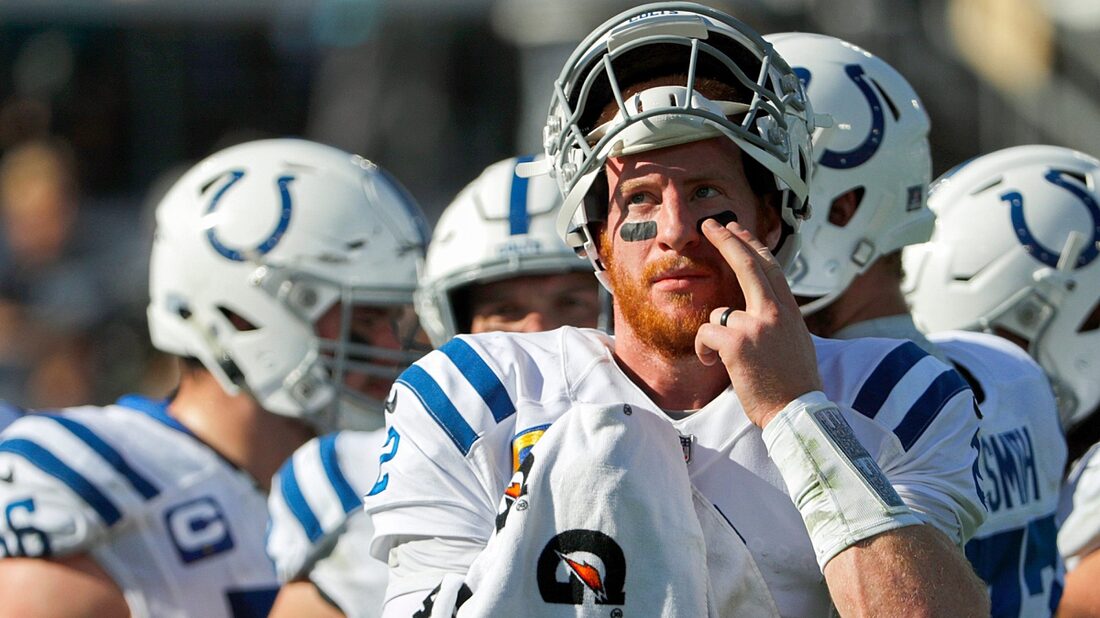 Washington has a new Commander.

Quarterback Carson Wentz is on the move again, reportedly acquired by Washington in a trade with the Indianapolis Colts for two third-round picks, according to multiple reports Wednesday.

Washington reportedly made an offer to the Seattle Seahawks for Russell Wilson. Wilson instead will relocate to Denver in a deal with the Broncos that can’t become official until March 16.

The same applies to the Colts sending Wentz to the Commanders at the start of the league year, marking a third team in three seasons for the former #2 overall pick who began his career with the Philadelphia Eagles.

Colts general manager Chris Ballard was non-committal about Wentz sticking around for 2022, even after they had a meeting during the NFL Scouting Combine.

“Ultimately, you’ve got to have a guy that you believe in and can win with,” Ballard said.

Wentz, 29, was the second pick in the 2016 draft and performed at near MVP levels as a second-team All-Pro pick in 2017. But a knee injury kept him out of the playoffs that year and Wentz watched as Nick Foles guided the Eagles to a Super Bowl LII championship.

NFL Network reported the Colts could turn their attention to Jimmy Garoppolo of the San Francisco 49ers.