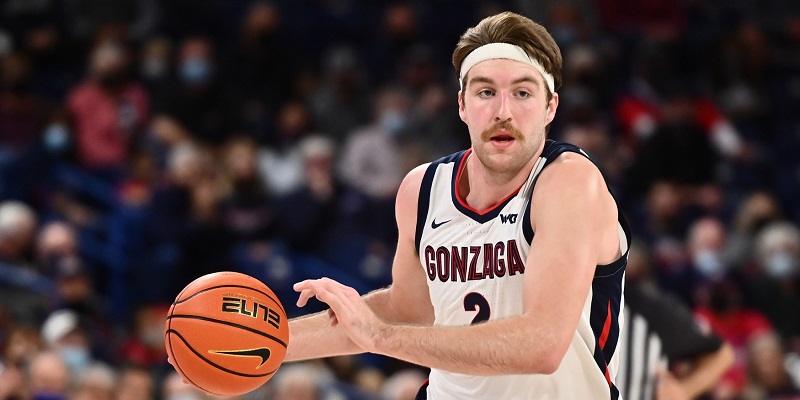 Gonzaga will open arguably the school’s most highly-anticipated season Tuesday night at home against Dixie State.

The Bulldogs do so as +650 favorites to win the NCAA Tournament at DraftKings, where they have been backed by 19 percent of the bets.

Reloaded For Another Run

Gonzaga went undefeated last season until an 86-70 loss to Baylor in the championship game, denying the Bulldogs of an elusive first title.

Jalen Suggs and Corey Kispert, the Nos. 5 and 15 selections in the NBA draft, are gone.

However, the Zags return Drew Timme, the Karl Malone Award winner as college’s best power forward and the +600 favorite at BetMGM to win the John R. Wooden Award as the nation’s top player.

Coach Mark Few also hauled in the nation’s #3-rated recruiting class, featuring top overall prospect Chet Holmgren, a 7-footer who was teammate of Suggs at Minnehaha Academy in Minnesota. Holmgren is +900 to win the Wooden Award.

Bulldogs newcomers Hunter Sallis and Nolan Hickman were also among ESPN’s top 25 in the class.

Gonzaga also added guard Rasir Bolton, a transfer from Iowa State who formerly played for Penn State, and he will pair with Canadian international Andrew Nembhard in the backcourt.

Assistant coach Brian Michaelson will be the acting head coach Tuesday as Few completes a suspension for an offseason DUI citation.