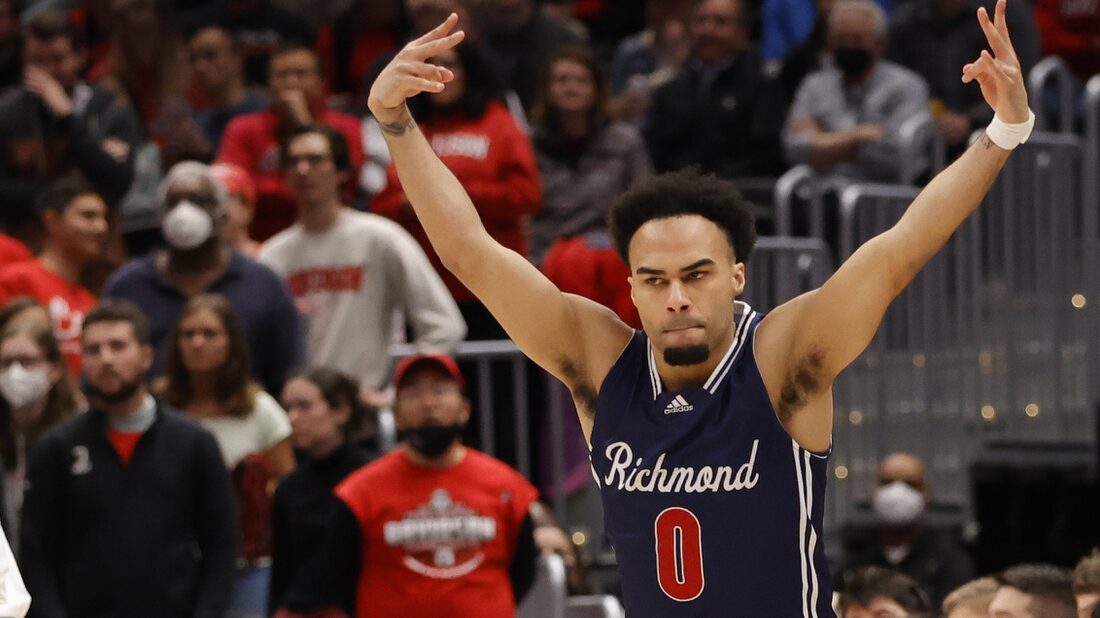 Sixth seed Richmond pulled off its third upset in a row, stunning top seed Davidson 64-62 to win the Atlantic 10 Tournament on Sunday in Washington, D.C.

Richmond’s Matt Grace drove the lane and completed a three-point play to put the Spiders up 63-62 with 19.1 seconds remaining. A 3-point attempt by Foster Loyer was off target for Davidson (27-6).

This week, Richmond (23-12) also knocked off third-seeded VCU and second-seeded Dayton. The Spiders return to the NCAA Tournament for the first time since 2011, when they advanced to the Sweet 16.

Yale fought off a furious comeback attempt by Princeton for a 66-64 victory and the tournament title in Boston.

The Ivy League is returning to the NCAA Tournament for the first time since 2019. The tournament was canceled in 2020 because of the coronavirus pandemic, and the Ivy League canceled the 2020-21 season for the same reason.